The model and TV personality stopped by Reading Terminal Market 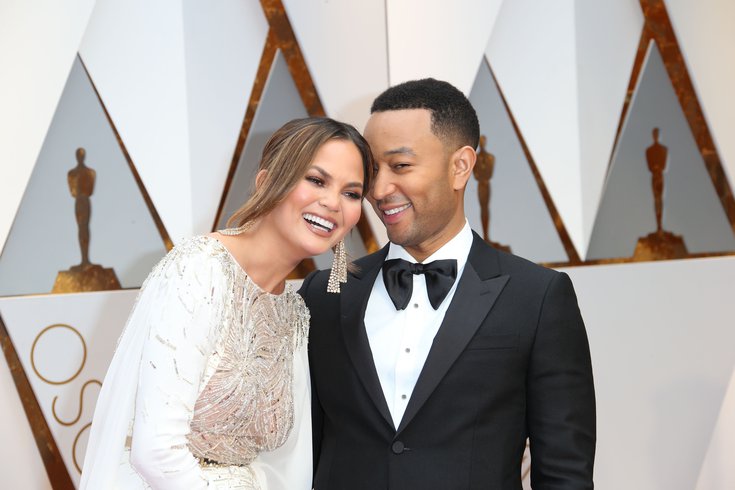 Chrissy Teigen, John Legend and their two children are having some late-summer fun in Philadelphia.

It appears that John Legend and Chrissy Teigen are enjoying a late-summer family vacation in Philadelphia.

The celebrity couple and their two kids have been spotted across Philly this week, according to social media posts.

Local photographer HughE Dillon shared on his Instagram that Teigen was spotted Monday night buying items like sweets and compression socks at a Walgreens in Center City.

Teigen later shared a video on her Instagram account of her showing off her new compression socks to Legend.

The model and TV personality was then spotted Wednesday with the couple's two children, Miles and Luna, riding the carousel at the Please Touch Museum in Fairmount Park, according to Dillion.

It's unclear what exactly prompted the celebrity couple's visit to the city, but Philadelphia is near and dear to Legend's heart – the Grammy Award-winning singer and songwriter graduated from the University of Pennsylvania in 1999.

Legend graduated from the Ivy League institution's College of Arts and Sciences, where he studied English with an emphasis on African American literature. He also sang in The Counterparts, an a cappella group, during his days in University City.

The musician is slated to return to Philly in October when his "Bigger Love Tour" comes to The Met.

Legend and Teigen are not the only celebrities who have been seen in the Philly region this week. NBA star Kevin Durant attended the Philadelphia Union's home match Wednesday against New York City FC at Subaru Park and hung out with fans before the game. Durant owns a minority stake in the MLS club.