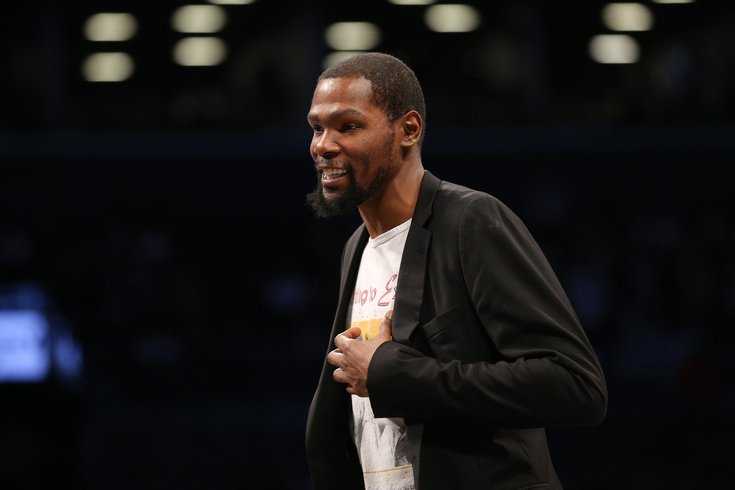 NBA All-Star Kevin Durant is taking his off-the-court talents to Chester, where he will now reportedly be a minority owner of the Philadelphia Union.

The Philadelphia Union has a new member of its ownership group: Kevin Durant.

Yes, you’re reading that correctly. The 10-time NBA All-Star and 2014 MVP has reportedly acquired a minority stake in the club, according to the Sports Business Journal. The stake is reportedly between 1% and 5%.

Whether or not Durant made the investment personally or via his company Thirty Five Ventures, which he started alongside his business manager Rich Kleiman, is unknown at this point. It is also unknown as well at this point if the Union’s USL team is part of the investment.

Kleiman is responsible for overseeing the company’s investment portfolio, as well as its media and creative projects. Some of the other notable investments that Durant’s company has made include the online currency platform Coinbase, the delivery service Postmates, and the digital sports media company Overtime.

Durant and his team at Thirty Five Ventures reportedly met with Union officials this past December. This isn’t the first time that the 31-year-old Durant has tried to buy a minority stake in a soccer club. The two-time NBA champion reportedly tried buying a minority stake twice in D.C. United, his hometown MLS club, according to The Athletic.

Durant, who has missed the entire 2019-20 NBA season for the Brooklyn Nets because of a ruptured Achilles tendon he suffered during the NBA Finals last year, began expanding more into the business world off-the-court after he joined the Golden State Warriors in 2016.

The Union’s ownership group — Keystone Sports and Entertainment — is made up of seven individuals, led by Chairman Jay Sugarman and Vice Chairman/Alternate Governor Richard Leibovitch.

However, just because KD’s business ventures are bringing him to the Philly region shouldn’t get Sixers’ fans hopeful that he wants to call the Wells Fargo Center his home soon. Durant still has three years and over $120 million left on the contract he inked with the Nets last summer when he left Golden State after three seasons.

Nevertheless, having a prominent face like Durant in the ownership group can only help the Union draw more fans to games at Subaru Park in Chester and more interest in the team.