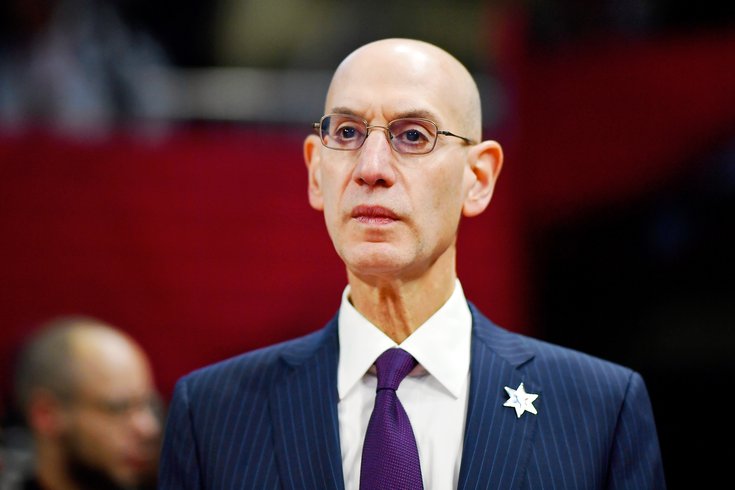 They're going to Disney World!

There it is — the same lede being used by sports writers across the country after the NBA's Board of Governors reportedly voted in favor of re-starting the season in Orlando on July 31 with 22 teams.

The format will be interesting, as each team will get to play eight regular season games before a brief play-in series gives the six invited teams currently outside the playoff picture a chance to play their way in.

Specifics regarding the structure of health precautions in the "bubble" on Disney's campus are still being worked out, as are potential home court advantage ideas ranging from giving the "home" team's best player an extra foul to giving a team more possessions — or even letting them bring their home hardwood from their own arenas.

The vote also set concrete dates for two big events on the NBA calendar, the draft lottery and the actual draft.

The draft usually takes place in June, so an October draft is a very interesting development — but one that makes sense as the season must be concluded for them to know the draft order (and to fully scout prospects). The draft will be scheduled against the Chiefs and Bills on Thursday Night Football.

It also, depending on if college basketball starts its 2020-21 season on time, will take place just a month before things tip off.

The NBA also determined a few other dates significance in their meeting Thursday:

Sources: The NBA informed the Board of Governors of scheduled dates:

So, in less than a month, teams will train for a week at home before heading to Florida. Then, when the season concludes, the offseason will take place three days after the draft. The two events are usually separated more so that will no doubt be drama-filled.

The 2020-21 season is targeting a November 10th start to training camp and a December 1 tip off, giving players in the NBA Finals as little as one month off between seasons.