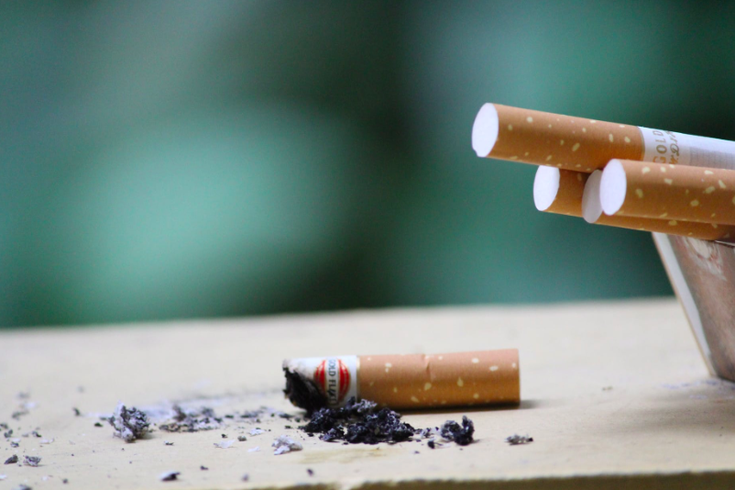 An annual survey of retailers found a spike in sales of cigarettes to youths in Philadelphia between 2017 and 2018, the Department of Public Health said. The city's own compliance checks track with data collected as part of the federally mandated survey.

Philadelphia retailers sold more than twice as many packs of cigarettes to minors in 2018 as they did in the previous year, according to the results of an annual survey released on Tuesday.

The Synar survey has been conducted in every state since 1992, when Congress enacted the the Alcohol, Drug Abuse, and Mental Health Administration Reorganization Act.

An amendment to the bill introduced by former Oklahoma Rep. Michael Synar specifically targets sales of tobacco to minors and requires research to assess the prevalence of businesses selling cigarettes to underage customers.

Surveys are conducted by sending trained, supervised teens, ages 15-17, to attempt to buy cigarettes at businesses across the state.

In Philadelphia, the rate of violations jumped from about 10% in 2017 to nearly 23% in 2018. Test purchases were attempted at 170 retailers and 39 of them sold cigarettes to the teens.

The average rate of sales to minors across Pennsylvania, by comparison, was 9%. The Southeast Region comprising the counties around Philadelphia sold cigarettes to the teens at just 12 out of 204 stores for a rate of 5.9%.

“These 2018 figures are unacceptable. After years of improvement, we were gratified to be making headway against illegal sales of tobacco to our city’s youth," said Dr. Cheryl Bettigole, Philadelphia’s director of chronic disease and injury prevention.

Notably, the Synar survey does not include sales of e-cigarette products, which have seen an alarming rise in usage among teens during the past few years. The Substance Abuse & Mental Health Services Administration, which oversees Synar projects, released a report earlier this year discussing prevention and education strategies surrounding e-cigarettes.

A spokesperson for the Philadelphia Department of Public Health said the results are consistent with the city's own compliance checks. The violation rate may be higher, in fact, because of teens trying to buy individual "loosies" or cigarillos.

Local compliance checks on retailers carry penalties. Philadelphia retailers who sell tobacco to minors more than twice within two years are unable to renew their permits and lose grandfathering under the city’s rules on tobacco permit density and proximity to schools, officials said.

As a result of the findings in 2018, the Department of Public Health has begun sampling retailers more often to avoid focusing primarily on those that have failed in the past. The problem appears to be across the board, the department spokesperson said.

"We are committed to redoubling our efforts to ensure that all of Philadelphia’s children are given the best chance at a healthy, long life," Bettigole added.