A sixth person has died of a vaping-related lung illness 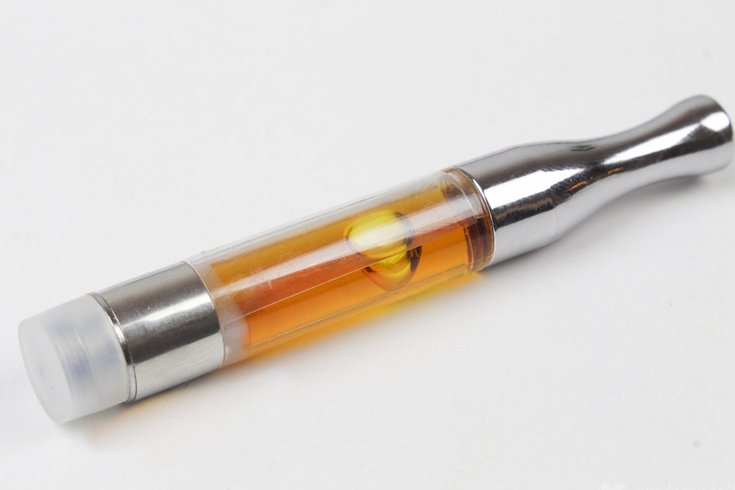 A vaping pen with a THC cartridge.

A sixth person has died of a severe lung disease tied to vaping.

Kansas health officials confirmed on Tuesday that a person over the age of 50 died of a lung illness after vaping. It marked the state's first death among six cases of severe lung disease possibly tied to vaping.

The victim had a history of underlying health issues and had been hospitalized after symptoms rapidly progressed, Kansas epidemiologist Dr. Farah Ahmed said.

Health secretary Dr. Lee Norman told the Kansas City Star that the victim only had begun vaping within the last couple of weeks. But officials did not have detailed information on the types of products the victim had vaped.

The U.S. Centers for Disease Control and Prevention is investigating at least 450 severe lung disease cases possibly tied to vaping e-cigarettes or similar products containing tetrahydrocannabinol, or THC, the psychoactive component of marijuana.

Those cases stem from 33 states. Many of them involve people who have reported vaping THC, but others have vaped nicotine or both.

Previous deaths tied to vaping have been reported in Illinois, Oregon, Indiana, Minnesota and California. Some – but not all – of the victims were known to have vaped products containing THC shortly before falling ill.

Norman wondered whether the surge in illnesses is connected to the increased use of CBD oil, an unregulated product containing a non-psychoactive cannabis compound.

"I think that probably there's been a lot of CBD oil used with people who wrongly think 'Oh, gosh, CBD, if I inhale that in my lungs it's going to give me a high,'" Norman told the Kansas City Star. "And in reality what it's doing is a lung full of liquid, aerosolized material."

CDC officials have not indicated that any of the cases are tied to vaping CBD oil. But they have urged people – particularly pregnant women and teenagers – to avoid using e-cigarette products while their investigation remains ongoing.

In related news, New York Gov. Andrew Cuomo said Monday that he will advance legislation to prohibit the possession, manufacture, distribution, sale or offer for sale of flavored electronic liquids to discourage electronic cigarette use in New York State.