Centers for Disease Control and Prevention reports three deaths from Minnesota, California and Indiana related to use of e-cigarettes 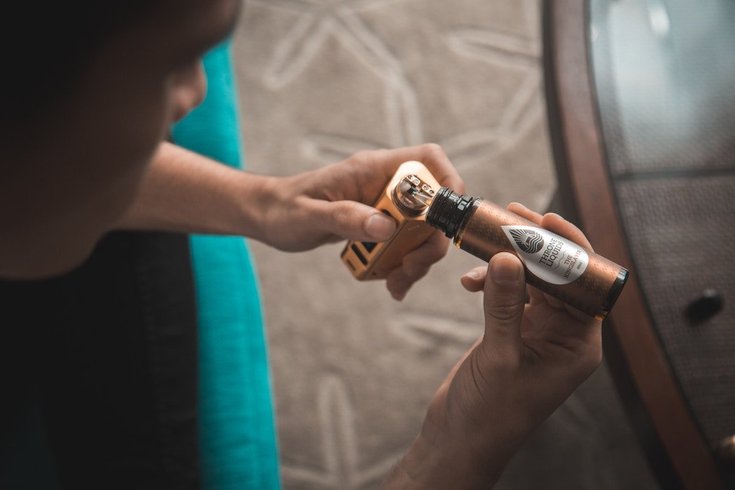 The Center for Disease Control and Prevention has confirmed a fifth death related to a lung disease caused by vaping. There are over 450 patients across the country in 33 states and one territory that are confirmed to have the illness.

Health officials confirmed on Friday that a fifth victim has died to due to a vaping-related lung disease that has affected over 450 patients across the country.

The Center for Disease Control and Prevention confirmed a victim over the age of 55 died on Friday related to the severe lung disease caused by the use of e-cigarettes in California. Los Angeles health officials said the patient had chronic health problems, but no other information was released, CBS News reports.

CDC confirmed two others deaths on Friday related to e-cigarettes. The fourth patient was over the age of 65 and passed away in Minnesota after sustaining a lung injury from vaping. The third victim, who was only over 18-years-old, was confirmed in Indiana.

The first vaping-related death was confirmed on Aug. 23 in Illinois. A second death was reported in Oregon earlier last week.

The CDC has confirmed over 450 lung illnesses related to vaping in 33 states and one territory. Most of the victims are males with a median age of 19, according to the Washington Post.

While officials are not sure of the cause of the illness, New York health officials reported on Thursday that vitamin E acetate was found in all 34 samples of marijuana products collected from patients who became ill after vaping. However, health officials said that there has not been a specific link connected with all reported illnesses and deaths.

"We are at a critical fact-gathering stage of this investigation," said Mitch Zeller, director of the FDA's Center for Tobacco Products. "More information is needed to better understand whether there is a relationship between any specific products and any specific substances in those products and the reported illnesses."

Symptoms of the severe pulmonary disease include a cough, shortness of breath or chest pain, nausea, vomiting or diarrhea, and fatigue, fever or weight loss. Some patients reported the symptoms developing over a few days while others reported it happening over a few weeks, according to the CDC.

Health officials warn against the use of e-cigarette products while the investigation is ongoing, especially in pregnant women and young adults.