What is vitamin E acetate, the compound linked to vaping-related illnesses? 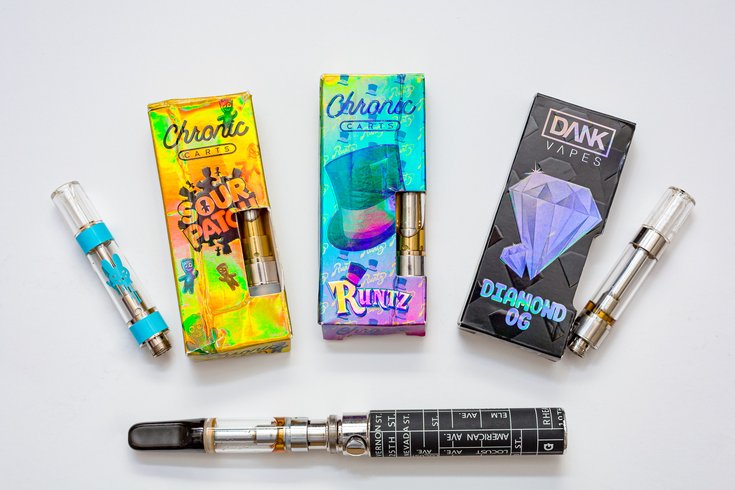 New York health officials found Vitamin E acetate in nearly all of the marijuana vape products, including the ones pictured above, used by patients who recently suffered severe lung illnesses after vaping.

Health officials investigating the various severe lung disease cases tied to vaping e-cigarettes have honed in on a form of vitamin E.

Vitamin E acetate was found in samples of marijuana products vaped by many of the patients, according to news reports. The Centers for Disease Control and Prevention is investigating a possible 450 cases reported in 33 states and one U.S. territory.

So just what is vitamin E acetate?

WHAT IS VITAMIN E ACETATE?

WHAT ARE THE RISKS?

It is not known to cause harm when ingested as a vitamin supplement or applied to the skin, according to the New York Health Department.

The oil-like properties of vitamin E acetate could be associated with the symptoms observed in many of the severe lung illness cases tied to vaping, the department said. An investigation is underway.

The CDC said Friday, however, that "no one device, product or substance has been linked to all cases."

WHAT ARE THE BENEFITS?

Studies showing the benefits of vitamin E acetate are limited, according to Healthline.

Vitamin E acetate usually needs to be combined with other vitamins or minerals to provide any benefits. Combining vitamin E acetate with vitamin C may prevent skin damage caused by ultraviolet rays, but its effectiveness in cosmetic products appear to be limited because it isn't effectively broken down by the skin.

There are mixed results on the benefits of taking vitamin E supplements for coronary heart disease, cancer and Alzheimer's disease.