Behind the scene at Cirque du Soleil's CRYSTAL in South Philadelphia

The performance is at the Wells Fargo Center through Sunday, June 23 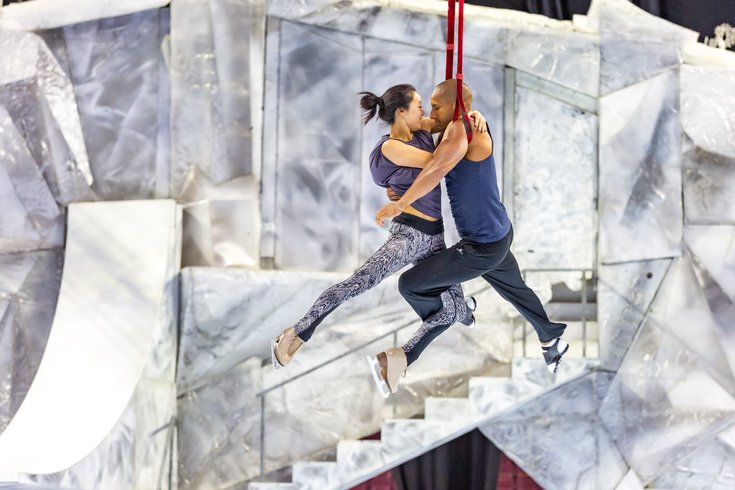 Cirque du Soleil’s new production “CRYSTAL" opened Thursday evening at the Wells Fargo Center in Philadelphia. CRYSTAL is the first production in the company's history to be featured completely on ice, combining ice skating - both choreographed figure skating and extreme skaters jumping from one ramp to another - as well as aerial acrobatics and juggling. It is also the company's first production to combine original live music with pop songs.

In the storyline, the main character Crystal finds herself while coming of age. It is a relatable story that touches on the difficulty of growing up and finding one's voice."There is a little bit of Crystal inside everybody," said Cirque publicist, Federique Morin.

There was even an act during Thursday's premiere where Crystal performed while wearing a Philadelphia Flyers jersey. The show will be in South Philadelphia through Sunday, June 23, and at the PPL Center in Allentown from June 26-30. More information on the show can be found here.

Below is a series of photos from backstage and on ice during Thursday's training session. 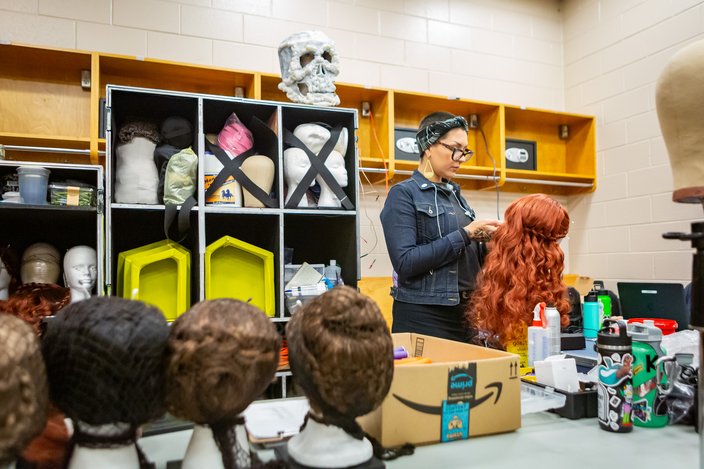 A wardrobe technician braids one of about 40 wigs that appear in the show.

RELATED: A sneak peek of Cirque du Soleil’s CRYSTAL | BalletX to perform 'The Little Prince' at Wilma Theater in July 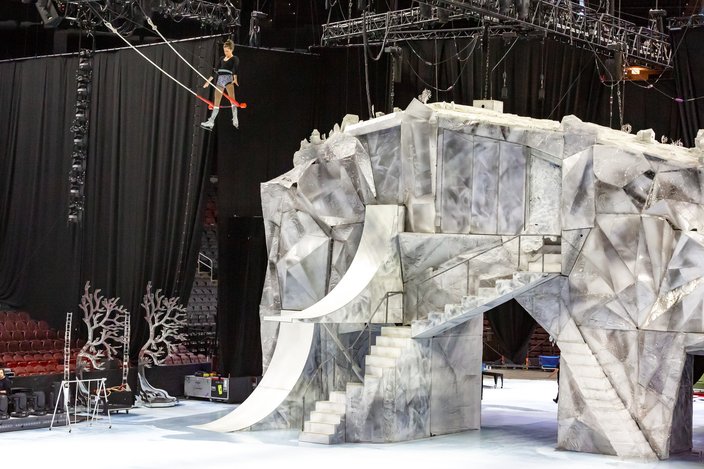 Danica Plamondon-Gagnon trains on the swinging trapeze high above the ice at the Wells Fargo Center.

Jorge Petit, a juggler from Chile, has been on the show since it was in the creation period before opening to the public. 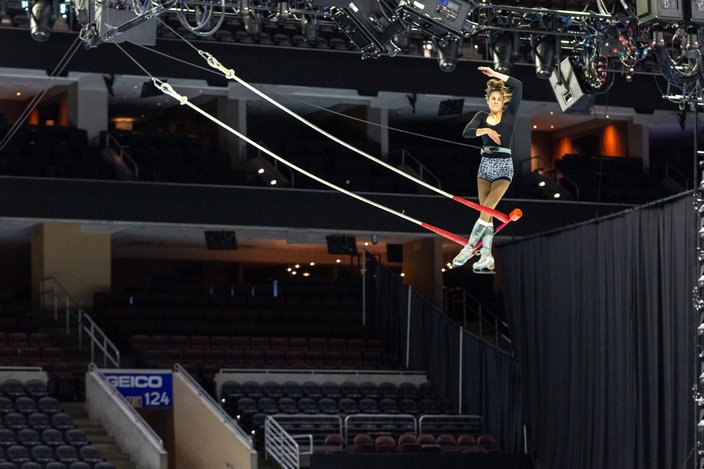 Danica Plamondon-Gagnon spins while training on the swinging trapeze above the ice at the Wells Fargo Center.

Props are gathered backstage of the Cirque du Soleil show, CRYSTAL, which opened Thursday at the Wells Fargo Center.