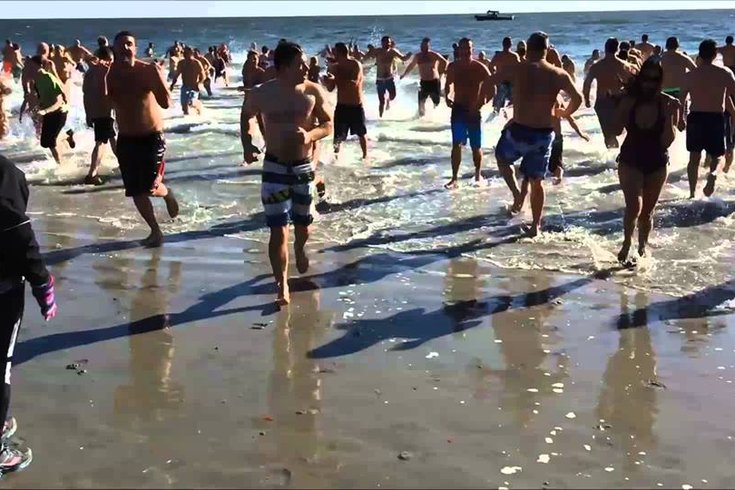 Officials in Ocean City and Ventnor City have canceled their polar plunges scheduled for New Year's Day, citing weather forecasts deemed too cold for an event that features hundreds of people running into the icy Atlantic Ocean in January.

Ocean City scrapped its annual First Dip on Thursday due to public safety concerns over temperatures expected to top out in the low-20s on Monday. All other festivities tied to the city's First Night and First Day celebrations are still on, the city said in a statement.

On Wednesday, a post on Ventnor's Facebook page said the town had called off its annual Polar Bear Plunge.

"The Mayor discussed with Commissioners Kriebel and Landgraf and all are in agreement that this event should be cancelled this year," the post stated.

The resort did not mention any plans to reschedule the annual plunge. 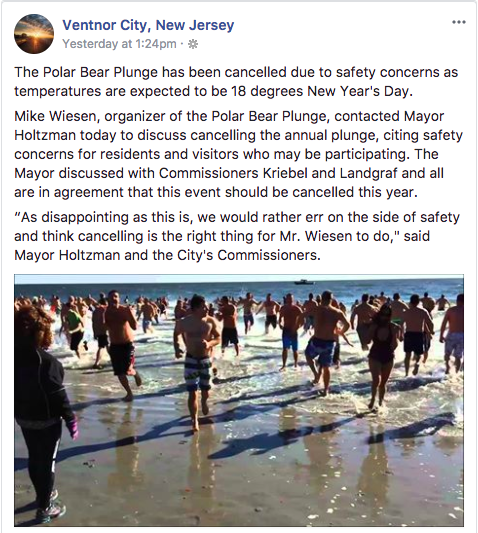 Shore towns along New Jersey's coast hold winter plunges each year, many of which take place on Jan. 1.

“As disappointing as this is, we would rather err on the side of safety and think cancelling is the right thing for Mr. Weissen to do," city officials said in a statement.