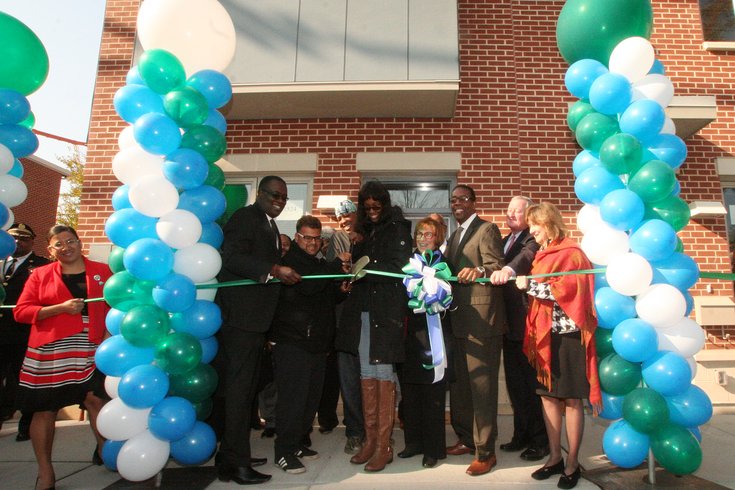 The Philadelphia Housing Authority (PHA) announced that the 57 rental units are part of the agency's Sharswood/Blumberg Transformation.

“The revitalization of this long-neglected neighborhood will contribute in a major way to the transformation of North Philadelphia,” Kenney said. “Ultimately, we hope to see a thriving community, including business formation along the nearby Ridge Avenue corridor.”

The homes were constructed across three vacant plots of land. The other two buildings are located along Jefferson Street on 22nd and 24th Streets. The first phase of the project cost $22 million.

“Today we are delivering on the first part of our promise to this neighborhood to create sustainable, energy efficient, affordable housing, while increasing critical amenities to make Sharswood a neighborhood of choice,” Jeremiah said.

When the entire project is completed, 1,200 new housing units will be avaiable in the area. PHA projects the transformation will take five to seven years to finish. Funding for the project was made available from private partners as well as federal, state and city government.

“The community-based approach to planning this development is why we are hopeful it will succeed,” Clarke said.

The project will replace the Norman Blumberg Apartments, which were built in the 1960s. The high-rise buildings were demolished in March.