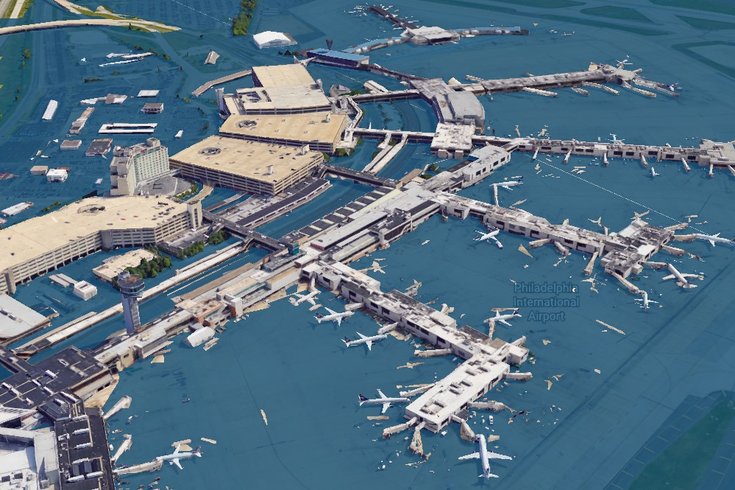 The Philadelphia Airport in 2100.

In the next 82 years there’s a possibility that many familiar Philadelphia landmarks will become unrecognizable, submerged in water as sea levels rise.

A new interactive map from Climate Central, a Princeton-based climate research institute, lets users peak almost a century into the future at what could be the worst-case scenario for cities. The plug-in, Surging Seas: Extreme Scenario 2100, is a free download that works with Google Earth to show projected sea levels in 2100.

Significant parts of Philadelphia do not fare so well in Climate Central's projected scenarios.

A couple of the most conspicuous losses, shown below, are FDR Park and the Navy Yard. 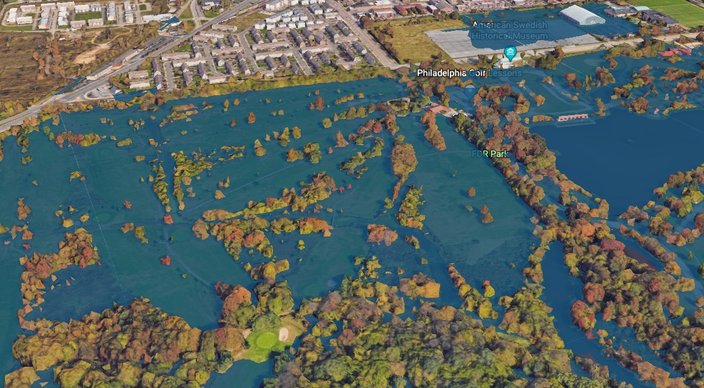 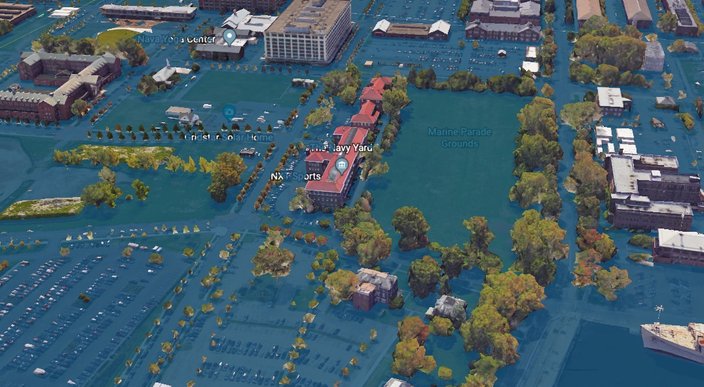 Our time to utilize the scenic Schuylkill River Banks could be fleeting, too, according to the map. 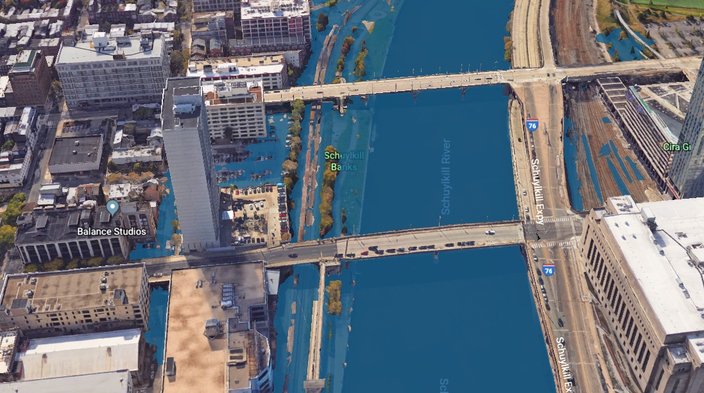 The Schuylkill River Banks in 2100.

Catching a flight looks like it will be kind of impossible, too, as Philadelphia International Airport is looking very blue. 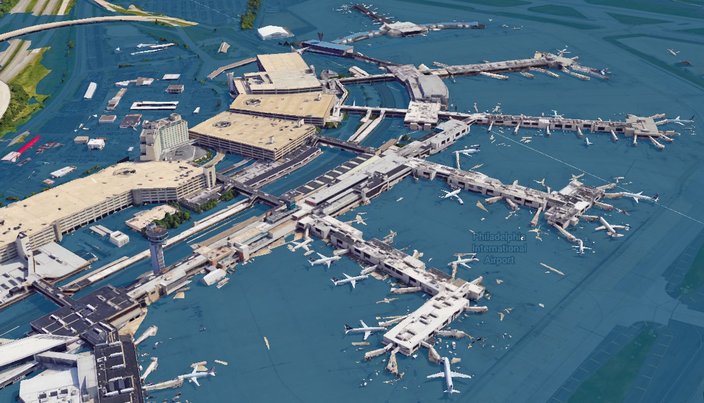 The Philadelphia Airport in 2100.

Large swaths of Camden, as well, appear to be submerged. 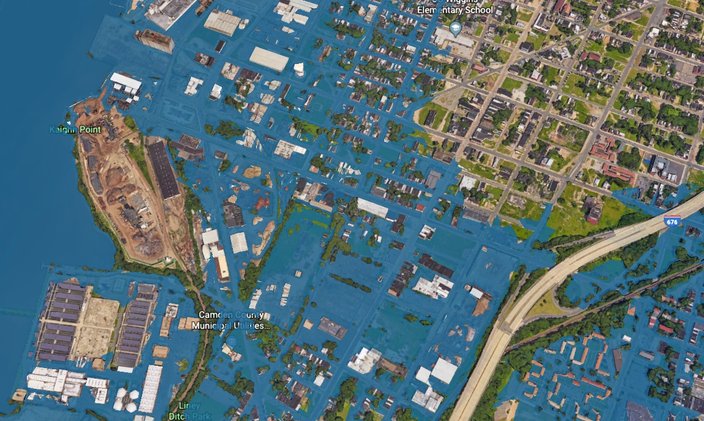 In a 2017 research report, Climate Central said if these extreme forecasts of rising sea levels become a reality, ocean water would cover land currently home to about 12 million people. Though this "extreme" scenario is considered unlikely, Climate Central reported it is now more plausible, as research shows parts of the Antarctic ice sheet may collapse much sooner than originally thought.

Though cities throughout Florida dominate the projections among the 30 regions where the most people will be displaced by the rising sea levels, New York ranks No. 1, with 832,000 people potentially affected, and Climate Central's calculations for Washington, D.C., show half the national monuments being submerged.

Download the plug-in here to start exploring (and fearing the world’s demise).