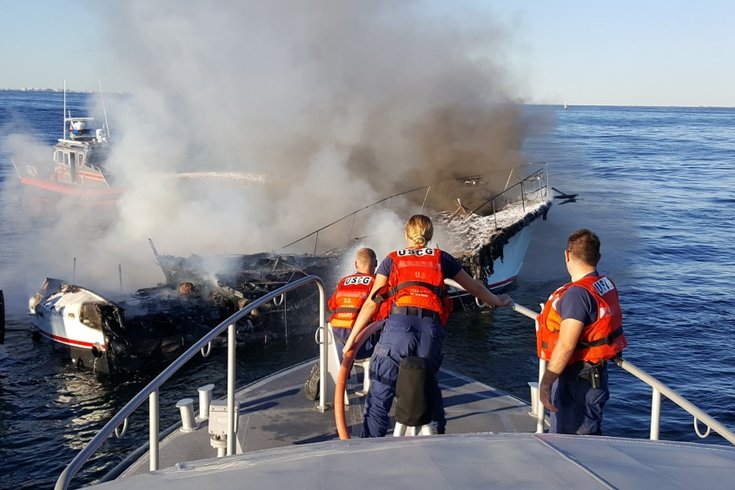 Eight people were rescued Sunday from a burning boat off the New Jersey coast by a "good Samaritan," the United States Coast Guard said.

Watchstanders at the Sandy Hook Station in Monmouth County received a distress call around 5 p.m. from a person aboard a burning 40-foot recreational boat.

Coast Guard and New York Fire Department personnel were dispatched to the vessel's location approximately six miles off the coast.

When rescue crews arrived, they said they discovered a "good Samaritan" had already transferred the people off the burning boat.

Firefighters extinguished the fire, but the boat was unrecoverable and sank in 85 feet of water.

The victims were treated for minor medical concerns.

Officials said that there was no reported pollution from the sunken boat.