No, you weren't imagining it 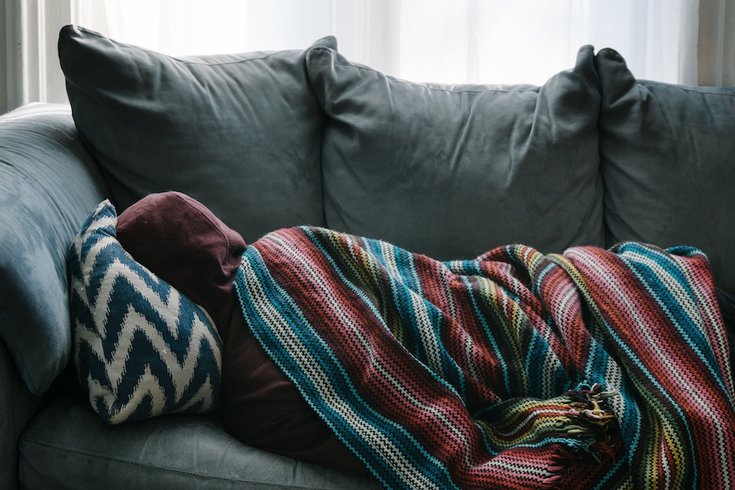 The real tell-tale sign that you’re actually sick — and not just *trying* to fight it off — is how you feel at night because, for some reason, you always feel worse at night.

Turns out, feeling more sick during the latter half of the day is a research-backed thing — apparently, your body’s circadian rhythms (plus, some other factors) can exacerbate symptoms after sundown.

“When the immune system is activated” — like when you’re sick with the common cold — “its infection-fighting cells release a variety of chemicals, some of which induce inflammation in the infected tissues,” he explains.

RELATED READ: This fruit is currently the buzzy 'cure-all' for the common cold

According to Smolensky, the inflammation resulting from an immune system is not constant, but tied primarily to one's circadian rhythm, Time reported. Thus, symptoms probably worsen during sleep hours, when our immune systems shift into overdrive.

During the day, one branch of the immune system called cellular immunity is at the forefront of the defenses. As we get ready to rest at night, another arm known as inflammation takes over. Usually, we don't feel the effects of cellular immunity. But we almost always know when we are inflamed as it promotes fever, mucus production, reduced breathing capability, and physical fatigue.

The worsening of symptoms at night are made noticeable by the fact that during the day, your immune system tends to mellow out. It’s not unusual to feel a bit better around those times, but then see symptoms come back with a vengeance later at night.

On the flip side of being up and about during the day, at nighttime we tend to lay down or recline, which experts agree will cause your cold or flu symptoms to worsen, namely because your mucus has nowhere to drain. Help yourself out by adding an extra pillow which will help promote sinus drainage, some experts suggest.

Additionally, we can’t forget the power of the mind in this equation. Your daily life can be extremely hectic, with little time for yourself. Going from one task to the next doesn’t leave much time to dwell upon your symptoms. In evenings when you have time to relax and unwind, however, is when the mind has time to wander.

Of course, there are plenty of ways to fight a cold while it’s making you feel terrible at nighttime. Herbal remedies, over-the-counter medicine and vitamins may help, but nothing does the trick like rest, fluids and antioxidant-rich foods, Mayo Clinic advised.