Cole Hamels says he wants to pitch for a winning team, open to Red Sox trade 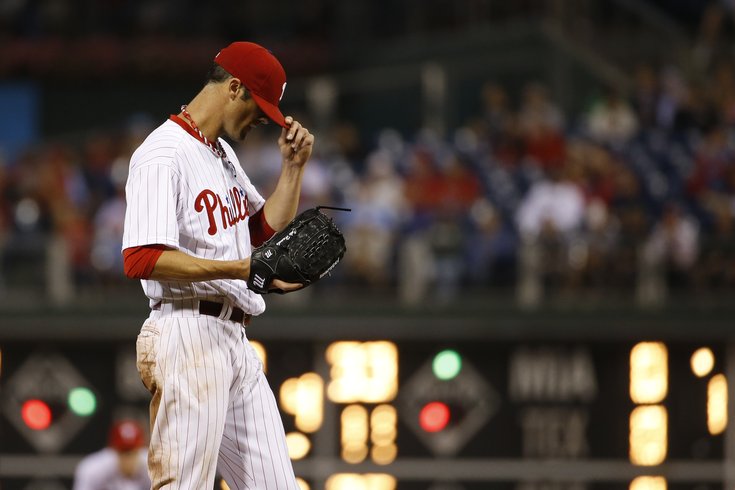 There have been several reports out there this offseason discussing the possibility of the Phillies trading staff ace Cole Hamels as the Phillies try to completely rebuild a team that as recently as five years ago was among the favorites to win the World Series.

And now, on the eve of the first pitchers and catchers workout in Clearwater, Hamels has spoken, saying he wants to be traded to a team that has a chance to win.

"I just want to win,'' Hamels told Bob Nightengale of USA TODAY Sports. "That's all. That's all any competitor wants. And I know it's not going to happen here. This isn't what I expected. It's not what the Phillies expected, either. But it's reality.'

It's clear from the tone of the story that Hamels wanted it made abundantly clear that he was not demanding a trade -- Nightengale went so far as to say that explicitly. I can only imagine Hamels saw the reaction closer Jonathan Papelbon got in July when he expressed a similar desire.

Here's more from his story that dropped Wednesday afternoon:

He had every intention of staying for the duration of the contract, and even bought a home in Philadelphia where he could raise his three kids, but times have drastically changed.

Instead of being the one to lead the Phillies to another World Series title, Hamels now is the only one who can bring in a haul of star-studded prospects to jump-start this rebuilding process.

The Phillies keep shopping Hamels, and have had plenty of talks with the likes of the Los Angeles Dodgers, San Diego Padres and Boston Red Sox, but continue to await an acceptable proposal. They won't trade Hamels to Boston without getting catching prospect Blake Swihart in return. The Padres' offer of prospects Hunter Renfroe and Austin Hedges isn't enough. The Dodgers have yet to include any of their top four prospects in a proposal. And the Phillies won't listen to the St. Louis Cardinals unless pitcher Carlos Martinez is in a deal.

As part of the six-year, $144 million deal* he signed in 2012, Hamels has a no-trade clause, and the Red Sox are not one of the 10 teams on his list of places he would accept a trade. Many speculated Hamels would waive his no-trade clause if general manager Ruben Amaro, Jr. could work out a deal with Boston, but now we know for sure.

*That's the most lucrative deal in franchise history.

"Of course, I would [welcome a trade to Boston],'' Hamels told Nightengale. "It's a fun city. There's no better feeling than to have a chance to win every year, and they give you that chance. I'm all ears.''

Hamels, who has spent his entire career with the Phillies after being selected 17th overall in the 2002 draft, is coming off one of the best years of his career. He pitched over 200 innings for the fifth year in a row and posted a career-low 2.46 ERA, but finished with just nine wins. Perhaps that has something to do with his desire to play for a contender.

As he said in his interview with USA TODAY: "Whether I'm here or not for opening day, it doesn't change anything, or the way I feel toward the Phillies."

And it shouldn't chance the way Phillies fans feel about him, either.