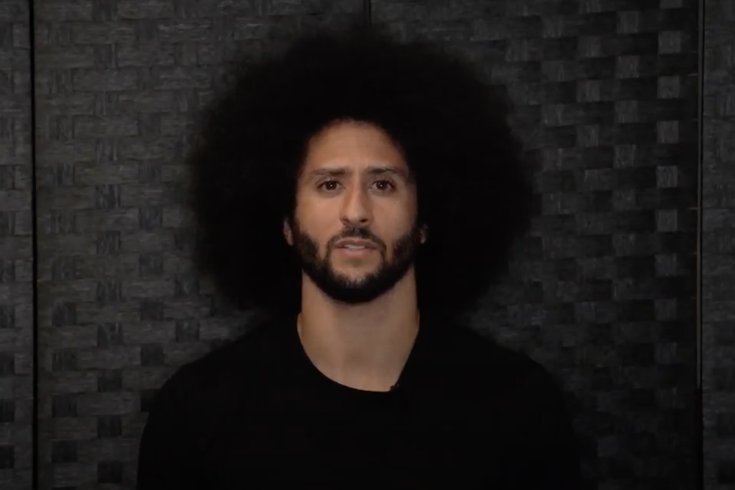 Black activist and convicted cop killer Mumia Abu-Jamal deserves to be freed from prison after 38 years behind bars, according to Colin Kaepernick.

The former NFL quarterback-turned-activist joined the “Bring Mumia Home” campaign in a video released on Monday, saying that Abu-Jamal “is a human being who deserves to be free.”

Kaepernick described Mumia as “a political prisoner who has since the age of 14 dedicated his life to fighting against racism [who] continues to be caged and lives his life on a slow death row.”

“We're in the midst of a movement that says Black Lives Matter, and if that's truly the case, then it means that Mumia’s life and legacy must matter,” Kaepernick said. “And the causes that he sacrificed his life and freedom for must matter as well.”

Abu-Jamal was convicted of first-degree murder after being found guilty of killing Philadelphia police officer Daniel Faulkner in 1982. However, activists have been seeking to overturn the verdict since then.

After connecting with Abu-Jamal, Kaepernick said that he was struck by the amount of time that the former has spent in prison.

“Mumia has been in prison longer than I've been alive,” the 33-year-old Kaepernick said. “When I first spoke with Mumia on the phone, I did very little talking. I just listened. Hearing him speak was a reminder of why we must continue to fight.”

The former San Francisco 49ers’ star said that what Abu-Jamal has had to endure in prison amounts to “psychosocial torture” and “a second by second assault on the soul.” Kaepernick also said that Abu-Jamal was framed for Faulkner’s death and not given a fair trial.

“Mumia has maintained his innocence,” Kaepernick said. “His story has not changed.”

“Even while living in the halls of the prison system, Mumia still fights for our human rights,” Kaepernick concluded. “We must continue to fight for him and his human rights.”


A demonstration calling for Abu-Jamal’s freedom has been held annually in Philly on the Fourth of July by MOVE since 1984.