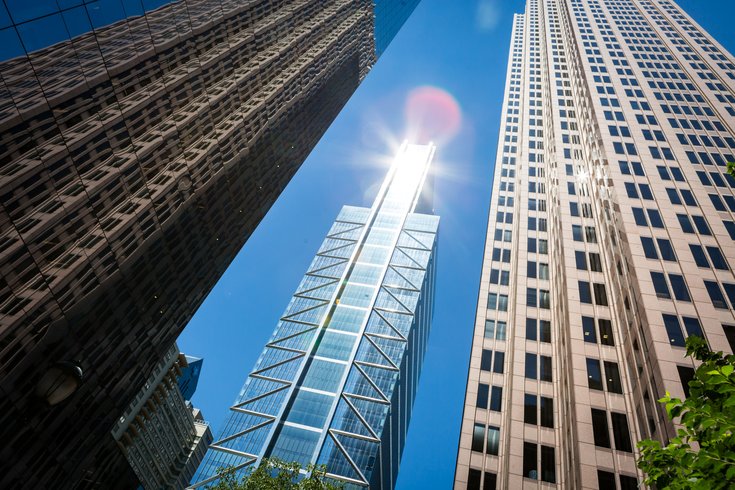 Sun reflects off the Comcast Technology Center in downtown Philadelphia.

Earlier this week it made headlines that Google launched an artificial intelligence system that proved to be highly effective in detecting hard-to-diagnosis lung cancer.

Now, not-to-be-outdone Comcast has announced that the company will be launching a voice-interactive device that’s able to track a number of health indicators, Mashable reports.

The device, which is slated to be tested in a pilot study later this year, will track things like how many times users go to the bathroom, how much time they sleep and if users have fallen down in their home, in addition to standard health metrics, according to Mashable. The device will, reportedly, be able to call 911 if needed.

CNBC reports that Comcast has been toying with the idea of teaming up with large hospitals to use the device as a preventative measure for keeping patients at home once they’re discharged.

Futurism reports that Comcast plans to begin by targeting seniors, disabled persons and other at-risk individuals with the device. However, according to CNBC, the pricing and roll-out plan are not yet official.

The story was first published by CNBC, which is owned by the Comcast subsidiary, NBC Universal, Futurism notes.