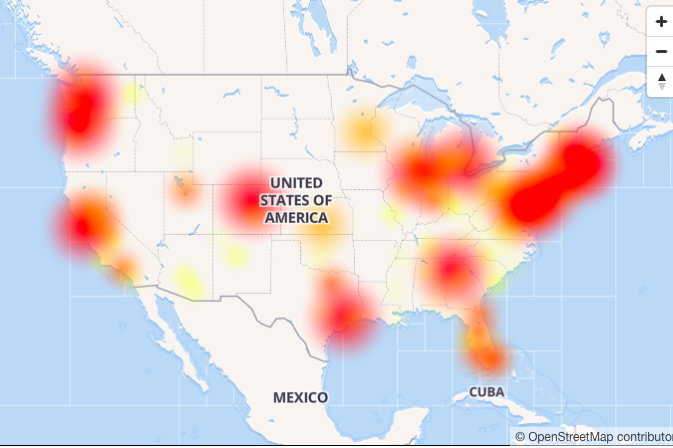 An outage map for Comcast shows customers across the United States affected on Jan. 23, 2020.

Customer reports of the outage surfaced around 2 p.m. and skyrocketed shortly afterward, according to downdetector.com.

By 3:15 p.m., there was a significant drop in reports of ongoing issues.

A Comcast spokeswoman said all residential services were back online as of 4 p.m.

An outage map showed Comcast customers across most of the country were without internet service at some point on Thursday afternoon.