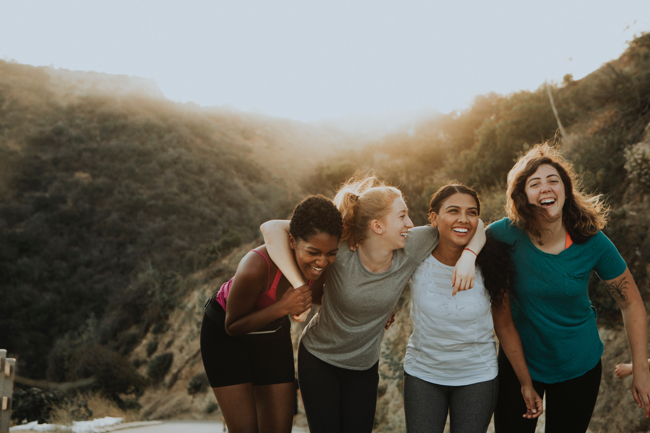 The picture of health isn’t one size fits all. Research is uncovering more and more data about which diseases target specific demographics and how their symptoms can vary based on gender. Knowing which diseases you’re more susceptible to can be the key to prevention or early diagnosis, helping enable a long and healthy life.

Here are a few health issues women are more likely to run into, and what symptoms to keep an eye out for.

Taking the life of one in every four women, heart disease is the leading cause of death in America. It’s a broad term, used to describe a range of conditions that directly impact the heart. This includes things like coronary artery disease, heart arrhythmia, and congenital heart defects. The staple of heart disease is the presence of narrowed or blocked blood vessels—the most dangerous factors that cause heart attack and stroke.

What’s especially dangerous about heart disease for women is the delayed onset of symptoms, often appearing up to ten years later than seen in men. When they do appear, they’re slightly different than symptoms of heart disease in men. Symptoms of coronary artery disease or heart attack specific to women include:

• Nausea and fatigue
• Shortness of breath
• Sudden sweating without cause
• Dizziness
• Pain in the chest, arm, or back

Literally meaning “porous bone,” osteoporosis reduces the density and quality of the bone—making them fragile and more likely to fracture. Because women tend to have thinner bones than men, they’re at a much higher risk for osteoporosis. In fact, women make up 80 percent of Americans with osteoporosis, and one in every two women over the age of 50 will break a bone as a result of osteoporosis.

Doctors recommend women talk to their doctor about osteoporosis if they experienced early menopause, took steroids for several months at a time, or if either parents had hip fractures.

As the most commonly diagnosed cancer among women worldwide, breast cancer is expected to take the life of one in every 37 American women. Certain life factors make women more susceptible to the disease, including the onset of menopause after 55, taking oral contraceptives, a family history of breast cancer, being overweight, or having your first period before the age of twelve. Luckily, death rates from breast cancer have been steadily declining since 1990 thanks to early detection, increased awareness, and more advanced treatment methods. Preventive screening is essential to the early detection of breast cancer, but keeping an eye out for these symptoms can also be lifesaving:

Alzheimer’s disease, the general term for drastic memory loss and significant cognitive impairment, affects over 5.5 million Americans— two thirds of whom are women. This is largely because age is the strongest risk factor for Alzheimer’s, and women generally live longer than men. There are additional contributing risk factors, including a history of depression, lack of exercise, and minimal cognitive activity.

Being pro-active about your health and educating yourself on which illnesses you’re at higher risk for can make a significant difference. Women should always educate themselves regarding relevant health issues, and take the appropriate preventive measures.