9 concerts to see in Philly this weekend: Lithuania, Harsh Vibes, Quite Hype & more 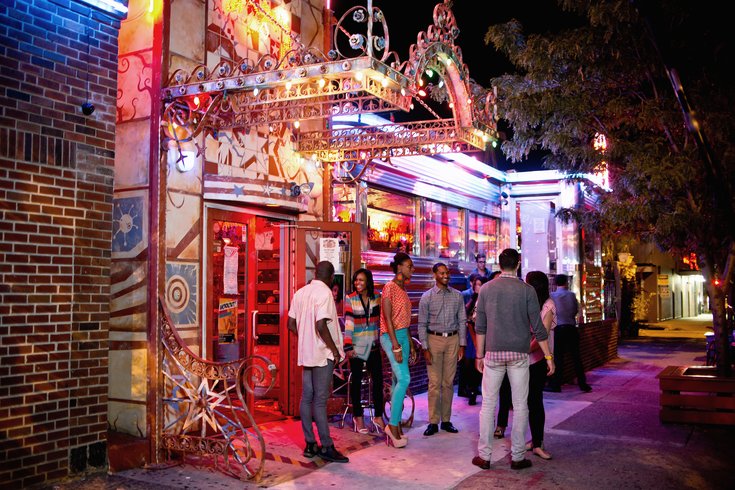 2016 is officially here. Philly’s got a new mayor (and police commissioner), a vacant NFL coaching job (kinda?), and we really gotta do something about that Mummers Parade.

But for now, it’s time for some short-term goals, like how to spend the first real weekend of the new year — that hangover-stricken one doesn’t count — and there’s plenty of music to ride out to.

Take a look at our list of concerts and parties worth checking out this weekend below.

Local indie imprint Lame-O Records is putting on a residency of weekly shows this January at Boot & Saddle, and the first one kicks off tonight. Lithuania, which consists of Dr. Dog bassist Eric Slick and Dom Angelella of DRGN King, headlines the inaugural show. Lame-O is putting up performances from Slaughter Beach and The Spirit of the Beehive as well.

Before the show, catch up on Lithuania’s 2015 debut, "Hardcore Friends," right here.

What do you do when your popular 1980s black metal band falls apart? You start another with an eerily similar name, of course. To be fair, Venom Inc. is carrying the original Venom torch as founding members Jeff “Mantas” Dunn and Anthony “Abaddon” Bray are part of the outfit with the help of former bassist Tony “Demolition Man” Dolan. (If you’re interested, there’s also a new offshoot band called M-Pire of Evil headed up by Dunn and Dolan, too.)

Anyways, the point here is that Venom Inc. rolls into Philly this Thursday for a fierce show including performances from early death-metal rockers Necrophagia and local thrashers Infernal Stronghold.

Philly’s own psych outfit Harsh Vibes is set to release a new EP via the Dirty Pillows label next week, but before the 12-inch hits stores, the band will throw a record release party at Johnny Brenda’s this Friday. Fellow locals Ruby the Hatchet will support the show with an opening performance.

Check out an early listen of one of the new "You Left Me Far Behind" EP tracks here.

Belgrade is a group of self-professed “post-hardcore dudes,” and while the Philly shoegaze group had a quiet 2015, it's kicking off the new year strong with a pair of shows. First, Belgrade, which released a new track called “Rope’s End” over the summer, headlines a show at Ortlieb’s Lounge on Friday. The next day, the group swaps headlining duties with Brooklyn’s States & Kingdoms in New York.

Maceo Parker is one of the most prolific saxophonists ever, and the 72-year old Parliament-Funkadelic veteran is still charging forward. Parker also carries an impeccable legacy of live shows, perhaps indebted most to James Brown, another legend he lent his skills to in the 1960s. Parker, alongside a band that includes P-Funk drummer Dennis Chambers and bassist Rodney “Skeet” Curtis, arrives in Ardmore this Saturday. And if you’re wondering, Parker definitely took notes from The Godfather of Funk when building his own band’s wardrobe. “I lean toward James Brown,” he said recently. “We don’t have to necessarily have someone come in and fit us in the same suit like the Temptations, but we do wear suits and ties.”

Sometimes music is better in the background at a gallery, but when it comes to an event like this live-art performance at Indigo Bleu Design in West Philly, the sounds are paired hand-in-hand with the main event. Curated in part by Cult Classic and Phenomenal1990, visual artist Distortedd will put on a show with a live painting performance this Saturday. Alongside deejay sets from Quite Hype, DJ Aye Boogie and Christian, there will also be wine and performances from Miles Chancellor, Anyee Wright and Cavi Art. As with many Cult Classic events, this one is a no-cellphone zone (or at least...be mindful).

It’s back! After kicking off the event with a successful inauguration last year, the punk/experimental/rock mini-festival known as Blistering Ephemera hits the First Unitarian Church on Saturday for a jam-packed show. California noisepop group Xiu Xiu is back in Philly for the occasion —the group's first show in the city in several years — and will be joined by the likes of Downtown Boys, PC Worship and plenty more.

DJ Royal T is a quiet Philly stalwart, and the soul and funk deejay has been putting on his Uptown Record Night around town for a while. On Saturday, he returns with another edition at Johnny Brenda’s, which means a low-key night of dancefloor-ready grooves.

Francisco Collazo has been in Philly for more than a decade, and he’s been putting on a party called SUNDAE for nearly as long, it seems. Collazo, who also holds down a third Friday residency at The Dolphin alongside Rob Paine, brings the event into the new year on Sunday at Silk City. The atmosphere is decidedly old-school and very hype, which makes it a perfect “I really don’t wanna go back to work tomorrow” night, too.