College commencements canceled: A list of all the Philly-area schools that have called off their graduation ceremonies to mitigate the coronavirus spread 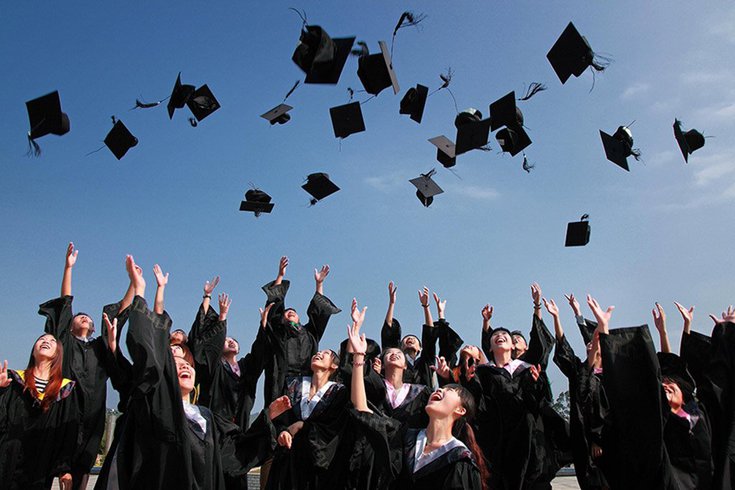 The University of Pennsylvania, Rutgers University, and Penn State University are three of the first schools in the Philadelphia region to call off its commencement ceremonies to combat the further spread of coronavirus.

College commencement ceremonies are a staple of the spring season, as schools begin to wrap up for the year. However, as the coronavirus continues to spread across the Greater Philadelphia region and the U.S. Centers for Disease Control (CDC) has advised that mass gatherings of more than 50 people be called off for the foreseeable future, many colleges have taken or will take the action of canceling or postponing their commencements in order to mitigate the threat of COVID-19.

Here’s a running list of every school in Philadelphia, Southeastern Pennsylvania, and South Jersey that has called off its commencement ceremonies.

The University of Pennsylvania

Penn was the first college in the area to cancel its on-campus commencement due to the coronavirus outbreak on March 16. Instead, the school will hold its graduation ceremonies virtually and broadcast it online from May 16-18. The ceremony was slated to be held on Franklin Field during the school’s commencement and alumni weekend in two months.

Penn is considering an on-campus celebration for the 2020 graduates in the fall, but no other details have been revealed at this point.

Rutgers announced on March 17 that it was suspending all scheduled events at the school through May, meaning that the university’s commencement ceremonies at all three of its campuses have been put on hold. The school has not decided yet whether it can reschedule its graduation ceremonies to a later date, but a decision will be coming over the next several weeks.

Rutgers also said that its inability to have its commencement ceremonies would not prevent it from conferring degrees upon its graduates. Graduation ceremonies were scheduled to be held on Rutgers' three campuses in Camden, New Brunswick, and Newark from May 14-21.

Penn State announced on March 18 that its commencement ceremonies at all of its campuses have been postponed while the school looks into other options for honoring its students who are scheduled to graduate this spring.

Graduation ceremonies were scheduled to be held on all of Penn State's campuses from May 8-10.

Rowan announced on March 20 that its on-campus commencement ceremony scheduled for this May has been postponed, and that the school's spring graduates will tentatively be honored during a graduation event later this summer on campus.

The school said that it will have a virtual ceremony in May to honor the graduates and confer their degrees, and that it will share more information about its modified plan for graduation as the end of the semester nears. However, the school admitted that its plan to have a ceremony this summer could be subject to change.

Temple announced on March 23 that its on-campus commencement ceremony this spring have been postponed. The ceremony was originally scheduled to be held on May 7, but the school said that it is looking into other options to honor its 2020 graduates and hopes to have a decision over the next several weeks.

The school said that the postponement of the in-person commencement will not prevent its graduates from being conferred their degrees.

Villanova announced on March 23 that its in-person commencement ceremony scheduled for May 15 has been canceled and that the school will conduct the event and confer degrees via a livestream online on the same day.

The school said that it is in the process of coming up with a way to honor its graduates on campus once it is deemed safe to gather, and that it will have more information and details on potential plans in the coming weeks.

Stockton announced on March 24 that its in-person commencement scheduled for this May has been canceled and shifted to a virtual event on May 15. The school is expecting to host a graduation ceremony for its spring graduates on campus this fall.

The school said that it will have more details on both events in the coming weeks.