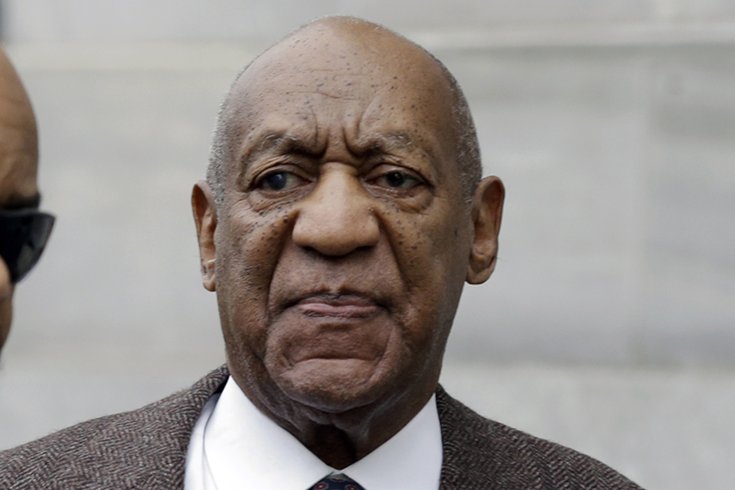 Actor and comedian Bill Cosby arrives for a court appearance in Norristown, Montgomery County, in this Feb. 3, 2016 file photo.

Lawyers for Bill Cosby filed an appeal in the Superior Court of Pennsylvania on Monday looking to reverse a lower court's decision not to throw out a sexual assault case against him.

The appeal argues that former Montgomery County District Attorney Bruce Castor's 2005 guarantee not to prosecute Cosby in exchange for the comedian's testimony is valid, citing Castor's recent testimony and a more-than-a-decade-old press release in which Castor said his decision was that of the state itself.

Castor decided at the time there was not enough evidence to prosecute, and said he made the no-prosecution agreement in order to get Cosby to testify without invoking his Fifth Amendment rights.

Cosby did not admit to assaulting Constand but did say he obtained Quaaludes to give to women he wanted to have sex with. Constand eventually settled out of court for an undisclosed amount of money.

The comedian's lawyers said in February they would never have let him testify if there was still a possibility he could be charged.

When Castor was called to the stand earlier this year, he reiterated that he did in fact make that promise with Cosby, defending the decision based on Constand's delay in reporting the allegations and her continued contact with Cosby, among other things.

In Monday's filing, Cosby's lawyers argue no evidence was presented to contradict that the promise had been made.

"The trial court made no finding that Mr. Castor’s testimony was false, and even if it had, any such finding would be clearly erroneous because there was no contrary evidence on which such a finding could be based," the filing reads.

The filing also argues that the Pennsylvania Supreme Court has previously "recognized that transactional immunity has long been used in Pennsylvania law."

O'Neill said in February he had trouble finding similar cases in which a suspect who hadn't been charged received a promise that he would never be prosecuted.

Cosby's lawyers also argue in Monday's filing that when Castor announced he was not proceeding with a prosecution against Cosby, he issued a press release in which he said the decision was being made as the Commonwealth of Pennsylvania.

"Even if the District Attorney had failed to follow proper procedures in making his non-prosecution commitment or in granting immunity, the Commonwealth cannot use its own errors to renege on its commitment," the filing states.

Castor's decision not to prosecute Cosby was a key campaign issue in 2015 when he ran again for the seat in November against then-First Assistant District Attorney Kevin Steele. Steele won the election.

Steele ran several campaign ads criticizing Castor's decision and promised to again prosecute the comedian, a move that Cosby's lawyers unsuccessfully tried to use to have Steele thrown off the case.

Monday's filing requests that the Superior Court reverse O'Neill's decision and dismiss the charges against Cosby.

Steele's office was not available for comment after business hours Monday evening and a voice mailbox was full.

Cosby's lawyers did not immediately respond to a request for comment.