The outcomes for newborns have not been any worse than prior to the pandemic, research shows 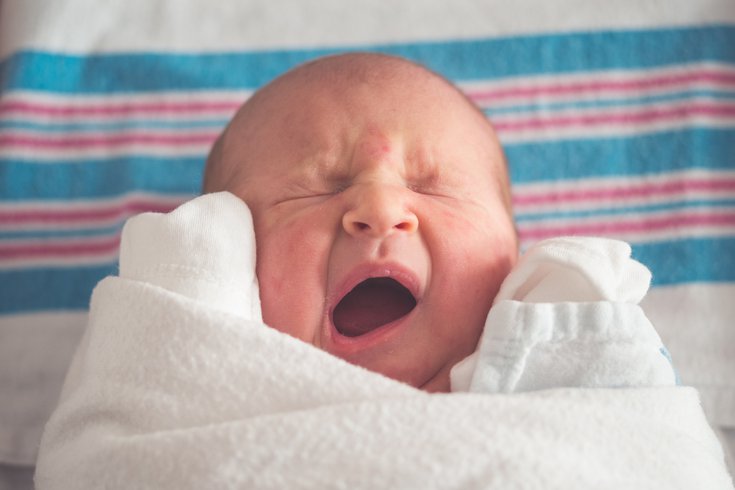 Nearly half of women who had vaginal deliveries during the COVID-19 pandemic spent a single night in the hospital, a 2020 study shows. Before the pandemic, only about 25% of women had such a short stay.

The restrictions hospitals have put in place to reduce COVID-19 exposures have significantly changed the birthing experience.

From women having to give birth with only one support person to no guests being allowed afterward, women and their partners have had to adjust their expectations during the pandemic.

New mothers and healthy full-term babies also have been discharged from the hospital earlier to reduce their risks of exposure to the coronavirus. While some of these policies eventually may disappear after the pandemic, some research suggests that one might be worth keeping.

One of the biggest concerns with this policy change has been whether it adversely affects the health of the infants, leading to hospital readmissions within a week after discharge.

Some experts have questioned whether metabolic disorders can be detected in a shorter hospital stay. Concerns over mother's readiness without additional support also have been raised.

Studies, including a Cedar-Sinai study last year, have tried to answer these questions. So far, there hasn't been any data that suggests the shorter stays result in poorer outcomes.

The Cedar-Sinai researchers found that almost half of the women having vaginal delivers during the pandemic only were staying one night in the hospital. Before the pandemic, only about 25% of women were going home just one night after delivery.

Additionally, more than 40% of women who had Cesarean section deliveries spent two days or less in the hospital once COVID-19 protocols were put in place. Before the pandemic, only 12% of them had such short stays.

Despite these changes, however, there were no differences observed in adverse outcomes for either the new mothers or their infants.

A new study led by the Children's Hospital of Philadelphia also found that shorter hospital stays did not lead to more complications or the need for re-admittance to the hospital.

"The COVID-19 pandemic forced hospitals to change policies and procedures around childbirth, including expediting discharges for healthy term infants, which provided a natural experiment that allowed us to compare outcomes before and during the pandemic," said Dr. Sara Handley, an attending neonatologist at Children's Hospital of Philadelphia.

"These findings suggest that shorter hospital stays after birth among healthy term infants may be safe with respect to infant rehospitalization, though examination of additional outcomes is needed."

The infant rehospitalization rate actually decreased slightly during the pandemic from 1.2% to 1.1%, the researchers found.

Further research is needed to determine whether continuing the practice after the pandemic ends will reduce birth hospitalization costs and allow more decision-making between mothers and their doctors.

"These findings suggest that shared decision making between families and clinicians, as was likely the case during COVID-19, resulted in safe earlier discharge with respect to infant hospitalization," said Dr. Heather H. Burris, also an attending neonatologist at CHOP.

"Further study of mitigating factors such as home services, telemedicine visits, and other supports that may have changed during the pandemic are warranted. Additionally, investigation of the pandemic's impacts on other infant and maternal outcomes are critical before changing birth hospitalization policy."

Overall, the percentage of infants with a short hospital stay increased from 28.5% to 43% for all births during the pandemic. Short stays became more common after both vaginal and C-section deliveries.

The study was published in the journal Pediatrics. Researchers from the Yale School of Medicine, Nemours duPont and Epic Systems Corporation collaborated with CHOP on the study.