One in 10 people experience frequent episodes, a new survey finds 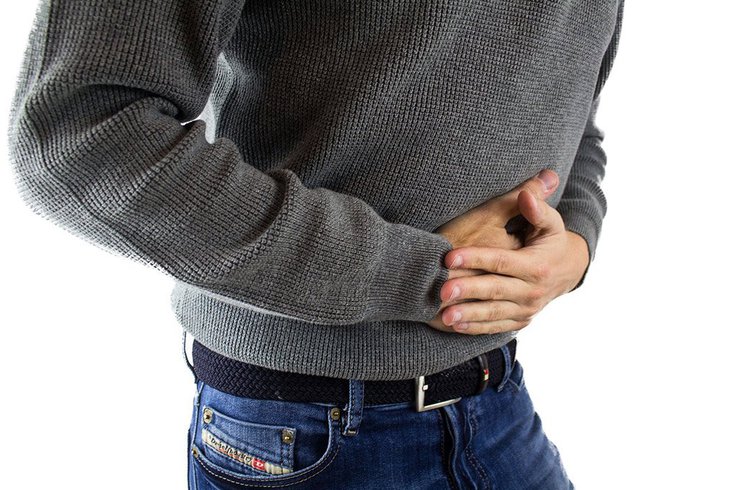 About 13% of women and 9% of men often experience meal-related stomach complaints, according to an online survey of over 54,000 people in 26 countries.

Many people often experience stomach pain after eating. But stomach pain can be challenging to treat because there are many possible causes.

Sometimes the cause is just a case of overeating or eating too fast, but persistent pain and discomfort also could be a sign of something more serious.

Common causes of stomach pain include gastroesophageal reflux disease, food allergies or intolerance, celiac disease, pancreatitis or inflammation of the pancreas, a peptic ulcer, gallstones and cancer of the stomach or esophagus.

It also can be a symptom of a digestive disorder such as indigestion – a pain or burning sensation in the middle part of the upper abdomen after eating. Certain types of indigestion also can cause people to feel full quickly.

Irritable bowel syndrome, a condition that causes chronic abdominal pain with bowel movements, also is a possible cause. For people with this condition, eating can trigger strong stomach contractions. Pain related to irritable bowel syndrome most offer occurs in the all parts of the belly, but may also travel up the torso.

With all these potential causes, how can people tell the difference?

The only way to really know is to have a doctor do a very thorough patient history and order certain tests, such as an endoscopy, colonoscopy, X-ray, CT scan and blood test, to rule out possible diagnoses. Treatment options will depend on the underlying cause of the stomach pain.

The bottom line is that any persistent stomach symptoms should be discussed with a health care provider as soon as possible. Severe pain may require immediate medical attention, especially if it is accompanied by jaundice, fever, rapid heart rate, chills or severe vomiting.

Post-meal stomach pain is most common in 18- to 28-year-olds, according to an online survey of over 54,000 people in 26 countries.

Fifteen percent of young adults reported having frequent stomach pain. Overall, 13% of women and 9% of men often experience meal-related stomach complaints, according to the data.

The findings suggest that meal-related symptoms should be a part of the diagnosing criteria for patients with irritable bowel syndrome and bloating — both disorders of gut-brain interactions, according to Esther Colomier, a European doctoral student who led the survey.

There are more than 100 million nerve cells lining the gastrointestinal tract all the way from the esophagus to the rectum.

This enteric nervous system, often referred to as our "little brain," controls the digestive process – everything from swallowing to the release of enzymes that break down food to the blood flow that allows proper nutrient absorption and elimination.

The enteric nervous system communicates with our "big" brain, and studies have shown that irritation in the gastrointestinal system may be sending signals to the central nervous system, triggering mood changes, according to Jay Pasricha, director of the Johns Hopkins Center for Neurogastroenterology.

"Many patients with disorders of gut-brain interactions such as irritable bowel syndrome and functional dyspepsia (indigestion) ascribe their symptoms to food and eating," said researcher Ami Sperber, lead author of 2021 FGIDs study.

But she said there is no real data on pain following meals despite its potential impact on patient care. She was not involved in the online survey.

A multidisciplinary approach is best

In the online survey, stomach pain was often accompanied by other gastrointestinal symptoms including bloating, a swollen stomach and feeling too full quickly. Constipation, diarrhea and psychological distress also were common symptoms.

"They also have a higher burden of psychological and somatic symptoms, such as back pain or shortness of breath, which are associated with major distress and functioning problems," Colomier said.

For disorders of gut-brain interactions, a more multidisciplinary care approach is needed that includes dietary and lifestyle changes as well as psychological support and medication, Colomier said.

The findings from the survey were presented at an online meeting of United European Gastroenterology, but have not yet been published in a peer-reviewed journal.