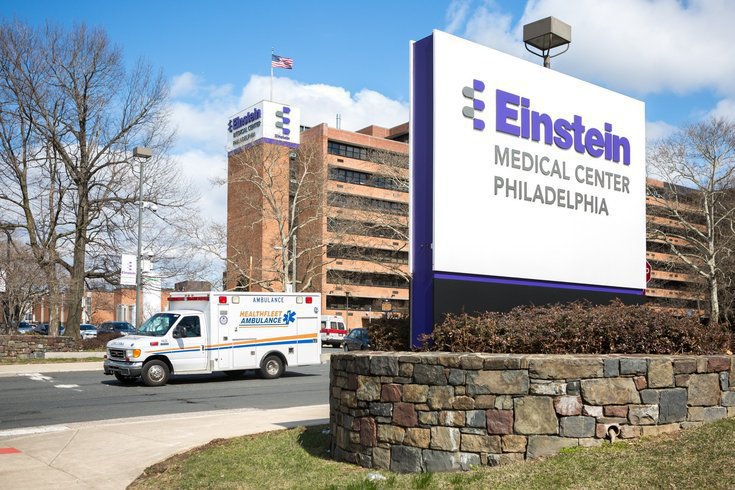 Albert Einstein Healthcare Network's hospitals and outpatient facilities in North Philadelphia and Montgomery County will now merge with Jefferson Health, whose network will grow to encompass 18 hospitals in the region.

More than three years after Jefferson Health and Albert Einstein Healthcare Network announced their intention to merge, the hospital systems have finalized a deal that will integrate their networks in North Philadelphia and Montgomery County.

"The culmination of the multiyear process of bringing two great organizations with more than 300 combined years of service, clinical excellence and academic expertise is not just a merger," Jefferson Health CEO Stephen K. Klasko said. "Einstein and the new Jefferson together represent an opportunity for the Philadelphia region to creatively construct a reimagining of health care, education, discovery, equity and innovation that will have national and international reverberations."

The combination of MossRehab and Magee Rehabilitation brings together two nationally-recognized strengths in brain-trauma and spinal-cord injury programs. The merger also creates the largest medical residency program in the greater Philadelphia area. Einstein trains more than 3,500 health professional students and 400 residents every year.

"Finalizing this merger is an important step toward securing and enhancing the future of health care for the communities we serve," Einstein CEO Ken Levitan said. "Since we originally announced our plans to merge in 2018, the ongoing crisis of the COVID-19 pandemic further underscores the need for strong, local health care in our region. We are grateful to our remarkable teams of employees, caregivers and community supporters who made this partnership possible."

As part of the merger, Levitan will maintain in his role as president and CEO of Einstein in addition to a new role as executive vice president at Jefferson Health.

The merger previously had faced resistance from the Federal Trade Commission and the Pennsylvania Attorney General's Office, both of which had sued to block the deal.

The FTC had argued that Jefferson Health would gain too much control over the acute care market in North Philadelphia, preventing insurers from finding viable alternatives, and patients in the Philadelphia area would suffer from the loss of competition between Jefferson and Einstein.

Regulators claimed the merger would give the two institutions control of at least 60% of North Philadelphia's inpatient general acute care services and at least 45% of GAC services in Montgomery County, as well as at least 70% of the inpatient acute rehabilitation services in the Philadelphia area.

In December 2020, U.S. District Court Judge Gerald Pappert determined that the government failed to prove insurers would be unable to avoid price increases by looking to hospitals outside this market. FTC regulators had excluded Penn Medicine's three Philadelphia hospitals and several others when putting forth arguments about Jefferson's control of the market, Pappert wrote in a memorandum. Objections to the merger were withdrawn earlier this year.

Jefferson and Einstein are expected to now begin the integration process without interrupting patient access to care in both systems.