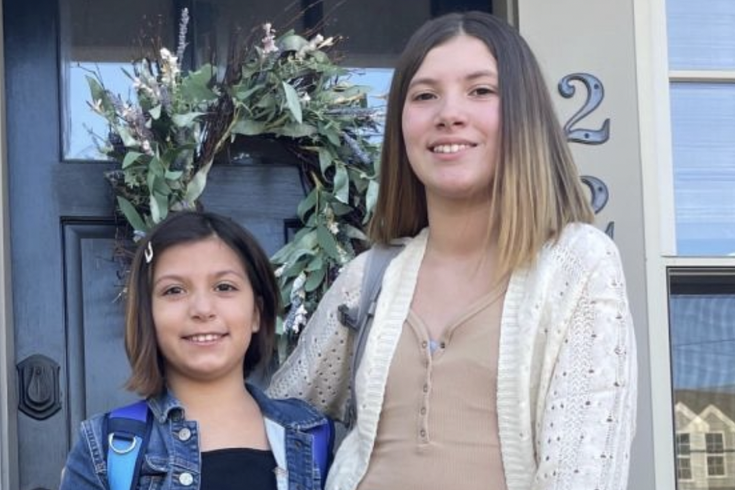 The Haddon Township community is reeling from the loss of a seventh-grade student who died last week after she was hospitalized and diagnosed with both COVID-19 and type 1 diabetes.

Amelia Perry, 12, a student at William G. Rohrer Middle School, became sick on Sept. 20, just days before she was set to get vaccinated, according to NJ.com. When she fell ill, her parents took her to get tested for COVID-19 and she received a positive test result along with the type 1 diabetes diagnosis.

Perry's uncle, Derek Schofield, said his niece's health "rapidly declined" when she developed pneumonia. She died Sept. 23 at the Children's Hospital of Philadelphia after previously having been treated at Cooper University Hospital in Camden.

Officials in Camden County said the medical examiner had not yet determined Perry's official cause of death.

Amelia Perry passed away suddenly at the age of 12. She had just started 7th Grade at William G. Rohrer Middle School,...

As the broader health impacts of the coronavirus pandemic continue to become clear, pediatricians are increasingly concerned about the relationship between COVID-19 and diabetes.

There has been a growing push for research into the rising number of type 1 diabetes diagnoses in the U.S. since the start of the pandemic last year. The disease, characterized by little-to-no insulin production from the pancreas, is known to be impacted by environmental factors. It is believed that COVID-19 may negatively impact the pancreas' function and insulin production, potentially causing serious complications in children who are newly diagnosed with diabetes.

Deaths from COVID-19 remain extremely rare among children. As of Wednesday, 561 children had died from COVID-19 in the United States, and among those fatal cases, 387 children were between 5-18 years old, according to statistics from the U.S. Centers for Disease Control and Prevention.

But the delta variant of the virus and the return to in-person learning at schools has coincided with a spike in pediatric cases of COVID-19 during the last month, the American Academy of Pediatrics reported. Nearly 1 million children tested positive for COVID-19 in the four-week span ending Sept. 16, bringing the total number of pediatric cases to more than 5.5 million since the start of the pandemic.

In the second week of September, children and teens accounted for 25.7% of all U.S. cases reported, even though they have comprised just 15.7% of all cases since the start of the pandemic and make up just over 22% of the U.S. population.

Child hospitalizations dues to COVID-19 remain rare, but they also have increased to a higher rate than earlier in the summer among the 24 states that report hospitalization data to the AAP.

A timeline for children younger than 12 years old to be eligible for COVID-19 vaccines remains a moving target. The U.S. Food and Drug Administration is reviewing data submitted by Pfizer and BioNTech, which administered a reduced-strength dose on elementary-age children during clinical trials. Moderna also is expected to submit data from similar tests on its vaccine to the FDA.

Among the U.S. population with type 1 diabetes, adults over age 40 are more than four times as likely to be hospitalized with COVID-19 as people under 18 years old, according to a large study that obtained data from 44 pediatric endocrinology sites and 12 adults sites.

People who have the far more common type 2 diabetes were prioritized as high-risk during the initial vaccine rollout in the U.S., but those with type 1 diabetes were not given the same status despite both diseases having similarly elevated risks of hospitalization and death.

About 90-95% of all diabetes cases are type 2, which develops later in life. Type 1 diabetes, a genetic disease that usually has an early onset in children, affects between 1-3 million people in the U.S.

Diabetic COVID-19 patients may be more difficult to treat due to fluctuations in their blood glucose levels and other complications associated with the conditions.

Diabetic ketoacidosis, for example, is a dangerous condition that develops when the body lacks enough insulin to allow blood sugar into cells for use as energy. There has been an increase in cases of diabetic ketoacidosis during the pandemic, in part because infectious diseases are believed to be a trigger for it in people with type 1 and type 2 diabetes. Among children and adolescents, this may be worsened by a COVID-19 infection, especially in those who have not yet begun a treatment plan for their diabetes.

Support for Amelia Perry's family can be provided at the GoFundMe page created in her memory.