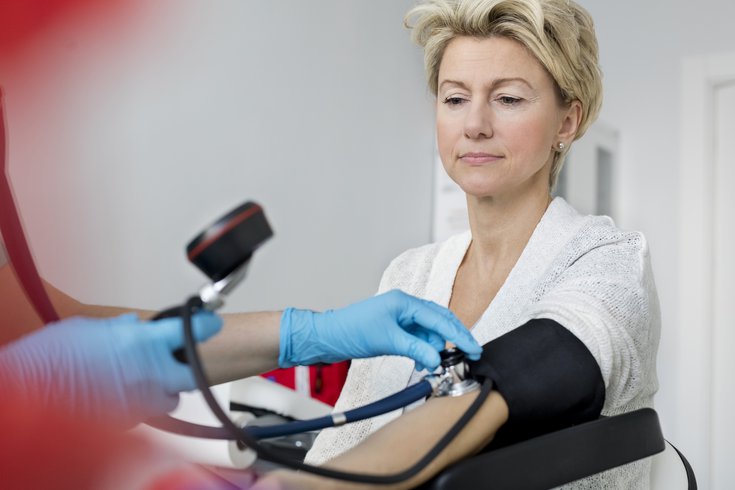 Hypertension, defined as 130/80 or higher, has been associated with dementia later in life. But new research suggests the earlier high blood pressure develops, the greater dementia risk.

People who develop hypertension as young adults have smaller brain sizes and a greater risk of dementia, according to a new study.

High blood pressure previously has been linked to dementia, but there had been little data on how the age when it develops affects that risk.

Researchers from the University of Melbourne in Australia found that the earlier people developed hypertension, the greater their risk for vascular dementia, which is caused by poor blood flow to the brain.

Larger brain volume has long been associated with better cognitive function. When left untreated, hypertension can affect an individual's brain health by restricting blood flow to the brain and damaging its structures.

When people are diagnosed with hypertension at a younger age, the brain is at risk of damage for a longer period of time. That potentially could lead to more severe brain deficits.

Researcher Dr. Mingguang He, professor of ophthalmic epidemiology at the University of Melbourne, said earlier intervention to delay the onset of hypertension may help prevent dementia.

The study was based on the MRI scans of 11,399 people who were diagnosed with high blood pressure at age 55 or younger and 11,399 without hypertension. Over a follow-up of more than 10 years, 4,626 cases of all-cause dementia were recorded. The data came from the UK Biobank, a health information database of about 500,000 people.

The study was published inHypertension, a journal of the American Heart Association.

Blood pressure is the measure of the blood the heart pumps. The narrower the arteries, the higher the blood pressure will be. High blood pressure, defined as 130/80 or higher, is more common in older adults, but the number of younger people being diagnosed with it has been growing.

Called the "silent killer," hypertension can be hard to detect if you don't get your blood pressure regularly checked at the doctor's office. When left untreated, it can lead to heart disease, aneurysms and dementia.

Many people develop hypertension – primary hypertension, specifically – as they get older, and there is no known cause. But some people will develop secondary hypertension due to an existing, underlying medical condition like thyroid or kidney disease or obstructive sleep apnea. It also can be a side effect of certain medications.

Hypertension can be hereditary, and people who smoke, are overweight or don't regularly exercise are a greater risk.

Not everyone will experience symptoms, but frequent headaches, nosebleeds and breathing difficulties may occur when blood pressure is elevated. Effectively controlling hypertension is possible through medications, a healthier diet and regular exercise. People also should watch their salt consumption and limit their alcohol intake.

Common medications to treat hypertension include Angiotensin-converting enzyme (ACE) inhibitors and Angiotensin II receptor blockers (ARBs), which both relax the blood vessels. They also include Beta blockers, which slow down the heartbeat.

To prevent dementia, it is also important to address other risk factors, including obesity, diabetes, high cholesterol and smoking.

When Alzheimer's disease and other forms of dementia are detected early, there are treatment options that can help relieve some of the symptoms and help the patient stay independent longer.

The most common symptoms include memory loss, confusion with time or place, difficulty doing familiar tasks, new problems with speaking or writing, and changes in mood, personality and judgment.

The latest study highlights the importance of getting a regular health check-up, even when young.

People should have their blood pressure checked during their annual wellness visits and talk to their doctors about any concerning symptoms. People who have experienced changes in memory or cognition may need to be evaluated for dementia.