Does acupuncture have a place in the operating room?

Applying it during surgery reduces the need for opioids, new study shows 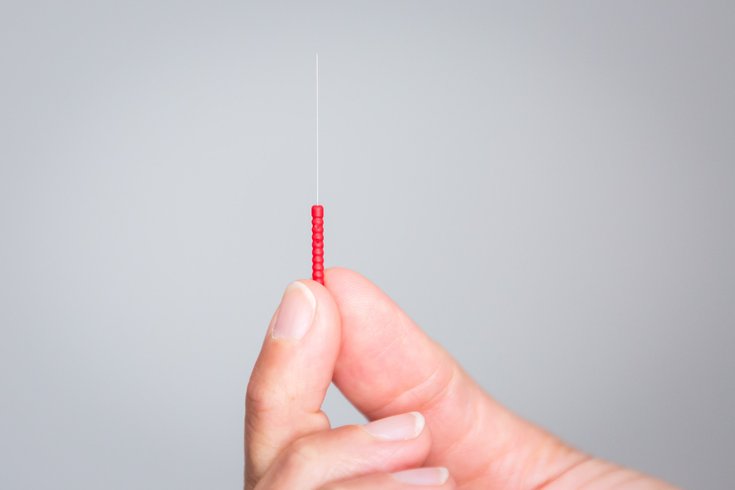 Opioid use for pain management during and after surgical procedures is a known driver of opioid addiction and fatal overdose. Could acupuncture during surgery be a potential solution?

As the opioid crisis rages on, surgeons have been searching for ways to rely less heavily on the highly-addictive drugs for pain relief during common surgeries.

One new study suggests that giving patients acupuncture during total joint replacement procedures reduces their pain, leading to the need for fewer opioids for postoperative pain.

The researchers found that 65% of study patients who received acupuncture during total knee replacement surgeries only needed a low-dose of opioids – 15 oxycodone pills or less – for postoperative pain or none at all. By comparison, that was true of just 9% of knee replacement patients outside the study.

Opioid use for pain management during and after surgical procedures is a known driver of opioid addiction and fatal overdoses. The U.S. Centers for Disease Control and Prevention reported a record 93,000-plus overdose deaths last year — a 29% increase from 2019's record-breaking death toll. Overdose deaths from opioids rose from 50,963 in 2019 to 69,710 in 2020.

Philadelphia recorded 1,214 overdose deaths in 2020, according to the Department of Public Health. That total, the second-highest in city history, was a 6% increase from 2019. Of the deaths, 86% involved an opioid such as heroin, oxycodone, or fentanyl.

"Total knee replacements are one of the most common operative procedures in the United States and often very painful, so there's a great need to explore non-opioid pain relief techniques for this type of surgery," said Dr. Stephanie Cheng, an anesthesiologist at the Hospital for Special Surgery and a professor of clinical anesthesiology at Weill Cornell Medicine.

"Acupuncture is extremely safe and can help reduce pain with few unwanted side effects, but it has not been well researched as part of surgical anesthesia."

Acupuncture is a type of traditional Chinese medicine that is used for pain management and the treatment of various chronic health issues in the United States. Whether it also has a role to play in the operating room, however, hasn't been well-defined.

Acupuncture involves the insertion of thin needles into the skin as specific points on the body. It is thought to relieve pain and enhance the healing process by releasing endorphins, the body's natural pain killer and by affecting serotonin levels in the brain.

It is most commonly used to treat musculoskeletal pain such as neck and back pain, as well as nausea, migraines, anxiety, depression, high blood pressure, allergies, female infertility, fibromyalgia and osteoarthritis. Studies have shown that serious side effects from acupuncture are very rare.

Only a few studies have explored its potential ability to reduce the use of opioids during and after surgery.

One 2016 study found that surgical patients treated with acupuncture had less pain and used less opioids on the first day after surgery. A 2020 study of veterans undergoing hip replacement surgeries found similar results. The veterans who received traditional acupuncture during their procedures reported less pain and less anxiety.

This latest study included 41 patients who underwent primary total knee replacements at the Hospital for Special Surgery in New York City. All of them received the hospital's standard opioid-sparing analgesic protocol with the addition of electroacupuncture. Patients received small electric currents through thin needles inserted at known acupuncture points on the body.

Cheng, who is board-certified in medical acupuncture, applied the needles to eight specific points in the ear to provide targeted pain relief in the knee.

Reducing opioid use during surgeries is critical to reducing the risk of long-term opioid use in patients, she explained.

"Our study shows that if a trained medical acupuncturist is available to perform acupuncture in the operating room, it can help patients with postoperative pain recovery," Cheng said. "Most studies fail to incorporate nontraditional techniques, such as acupuncture, to help decrease the dependance on opioid medications for postoperative pain control."

The study was presented at the ANESTHESIOLOGY 2021 annual meeting.