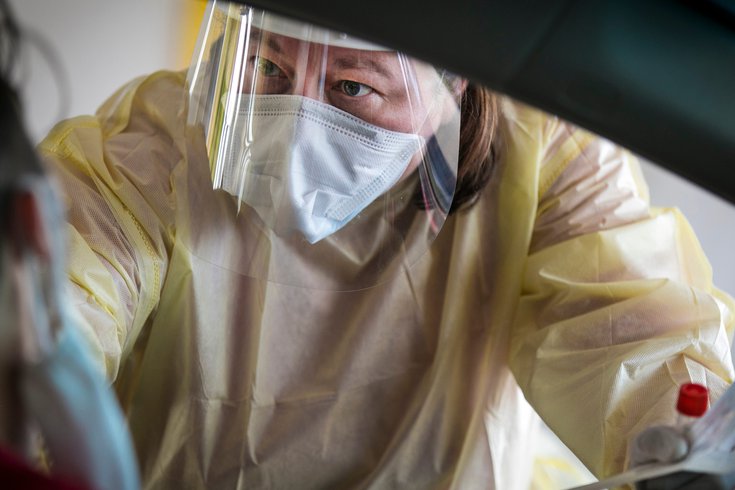 The 18-month anniversary of the COVID-19 pandemic presents an opportunity to look back at the collective journey we've taken and consider where we need to go.

A year and a half into what the World Health Organization officially declared a pandemic on March 11, 2020, it’s an understatement to say that Americans are exhausted.

I’m an epidemiologist and an internationally recognized science communicator, and I’ve often found myself running between COVID-19 meetings asking “how did we get here?”

Figuring out the "how" is essential to preparing for the future. In trying to make sense of these past 18 months, I’ve found it helpful to broadly categorize the U.S. pandemic journey thus far into five phases: Scramble, Learn, Respond, Test and Hope.

In early 2020, SARS-CoV-2, the virus that causes COVID-19, hit the United States. The first documented case was a traveler who landed in Seattle from Wuhan, China on Jan. 15. Only later did public health officials find that SARS-CoV-2 was already spreading throughout the community.

It wasn’t until March that Americans were forced to take the pandemic seriously, as states began to implement stay-at-home orders. While civilians were struggling to figure out child care, working from home and Immunology 101, epidemiologists started to react.

But maybe a better word is “scramble.” The U.S. did not have the public health infrastructure in place to effectively respond. A chronically underfunded and politicized public health system hampered the nation’s real-time response.

Learn: Are we doing anything right?

Once the Northeast started to get under control, June 2020 was fairly quiet across the nation. Is this done? Maybe the decrease is due to weather? People started relaxing.

Then July hit. In one month, cases in the South were as high as they had been in the Northeast months earlier. The West started creeping up, too. The game of whack-a-mole began as there still wasn’t a coordinated, national response.

Health departments were expanding capacity for testing, tracing and surveillance. A multitude of multidisciplinary, academic teams were forming to understand COVID-19 from microscopic-level virology all the way to population-level social implications.

This is when published, peer-reviewed data on COVID-19 started coming through. In fewer than five months, scientific literature database Scopus indexed more than 12,000 publications. Researchers started discovering long COVID-19 symptoms and figuring out effective protective measures like social distancing and wearing a mask. Researchers also learned more about superspreader events and how COVID-19 is transmitted through the air – although this wasn’t officially recognized by the WHO or the Centers for Disease Control and Prevention until about a year later.

While the flood of evidence provided scientists and clinicians with critical information, a wave of retractions pulling papers with erroneous or unreliable data began to appear. This, coupled with lack of accurate scientific communication from unbiased sources, fueled a concurrent infodemic – an epidemic of misinformation and public health threats that researchers, social media companies and public health officials are still learning how to identify, mitigate and treat.

Respond: Bring it on, virus!

Then came winter, which proved to be a perfect storm of pandemic fatigue and holiday travel. This resulted in our biggest pandemic wave yet. More than 3,000 people were dying per day in the U.S.

Thankfully, help was on its way: vaccines. And not just pretty good vaccines – vaccines that blew efficacy out of the water. The Pfizer-BioNTech vaccine proved to have an efficacy of 95%, significantly above the threshold target of 50%. Thanks to over 500,000 clinical trial volunteers, decades of mRNA research, an estimated US$39.5 billion and fast-moving scientists, the vaccines got to the public in record time. And, while the vaccine rollout was rough, more than 260 million doses were administered by May 2021 in the U.S.

With vaccines, though, came new challenges: a new fight against disinformation (no, mRNA does not change your DNA) and a struggle to understand breakthrough infections.

In the meanwhile, new COVID-19 variants arrived on the scene. Suboptimal genomic surveillance made it difficult to identify where and what variants were spreading. The race between vaccination and variant spread was upon us. The fight was far from over.

Early summer 2021 for Americans was blissful. The U.S. reached an all-time pandemic low in terms of COVID-19 cases. People who were vaccinated were told they could take off their masks, while some unvaccinated people took this carte blanche. More Americans started traveling again and getting back to working in person.

But then the delta variant knocked on the door. Significantly more transmissible and severe than the original strain of the coronavirus, it first created a tsunami of cases in the South that then spread to every corner of the United States.

Hope: This will end

Every epidemic curve comes down. And this one will too. But even after it comes down, the pandemic will still be far from over.

There’s still trauma to be addressed. Families were robbed of proper funerals and goodbyes. Friendships were ripped apart by politically charged misinformation and disinformation. Millions of people lost their jobs. And frontline workers are still not OK. A survey of public health workers across the U.S. found that more than half reported symptoms of at least one mental health condition from March to April 2021.

The U.S. will also need to self-reflect as a nation. In order to deal effectively with the next infectious disease crisis, the U.S. will need to create centralized public health systems and expand genomic surveillance, hospital networks and testing capabilities. Scientists need to revamp how they accessibly communicate science and research so the CDC can build public trust again. And by removing politics from public health, science might be able to infiltrate echo chambers instead of feeding them.

Americans need to prepare so when the next pandemic hits, everyone will be ready to mount a proactive, effective fight against a common enemy: the virus.