Cowboys could be without several starters Sunday vs. Eagles 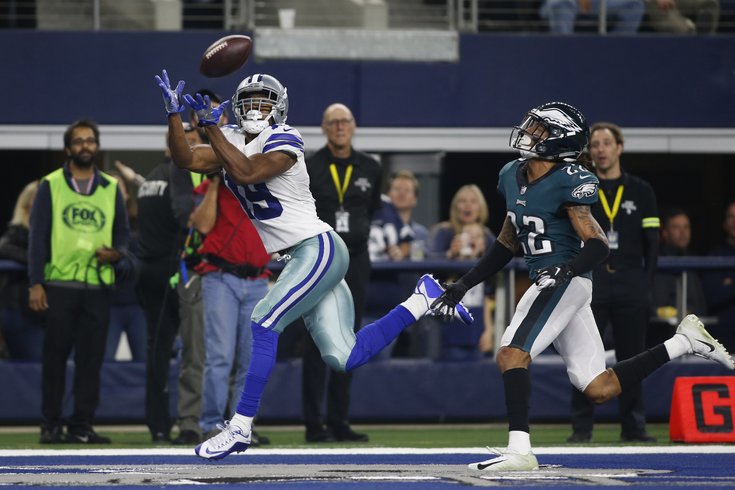 You may not have to witness Amari Cooper torching the Eagles' secondary on Sunday.

In each of their two matchups against the Dallas Cowboys a season ago, the Philadelphia Eagles had to play short-handed, due to their ever-present injury issues. This time around, the injury carnage could favor the Eagles for a change, as several key Cowboys players may not be able to go this Sunday night.

• WR Amari Cooper: Cooper bruised his already banged-up thigh in the Cowboys' loss to the Jets on Sunday, and is apparently in a lot of pain. He could miss the game on Sunday, per Mike Fisher of SportsIllustrated.

I’m told the thigh bruise Cooper sustained in the early going in Sunday’s loss at the Jets is problematic enough that it could need more than just this week to heal.

In the two matchups against Philly last season, Cooper had 16 catches for 292 yards and 3 TDs. Before he got hurt against the Jets last Sunday, he was on a pace this season for 102 catches for 1,638 yards and 16 TDs.

Obviously, if Cooper can't go, that would be a major loss for the Cowboys, as the Eagles' secondary has gotten torched all season long by wide receivers with the ability to make plays down the field.

• LT Tyron Smith: Late in the fourth quarter in the Cowboys' loss in New Orleans, Saints DT David Onyemata sacked Dak Prescott, who fell into Smith's lower right leg. Smith hobbled off the field with help from medical staff, did not return, and reportedly needed a cart at some point. He was diagnosed with a high ankle sprain, and he has missed each of the last two games, losses to the Packers and Jets.

Smith did not practice at all during the week leading up to the Jets game, and was listed as "questionable," even though there wasn't much of a chance of him playing.

According to Fisher, Smith "tested his ankle on the field before the Jets game and will attempt to work (at the Cowboys' facilities) this week ... with nothing promised."

In Smith's absence, Cameron Fleming has filled in. Fleming is not as good as Smith. #Analysis.

• RT La'el Collins: Like Smith, Collins did not practice at all last week, was listed as "questionable," and did not play. He exited the game during the Cowboys' loss to the Packers Week 5. Per Fisher, Collins "is telling the media that his knee was feeling better, but I’m told his availability is very much up in the air for Sunday."

• WR Randall Cobb: There are no meaningful updates on Cobb (17-210-1) this week, but he too was listed as questionable last week against the Jets, and did not play. He is the Cowboys' slot receiver.

• CB Byron Jones and CB Anthony Brown: Both Jones and Brown tweaked hamstrings against the Jets. Jones is closer to returning than Brown, per Jason Garrett.

• DL Tyrone Crawford: Crawford is a starter who plays both DE and DT in the Cowboys' scheme. He had a sack in each game against the Eagles in 2018. Crawford's season is over, as he'll have hip surgery.

Tyrone Crawford. Out for the year. Will have hip surgery pic.twitter.com/GHT7k6VrRQ