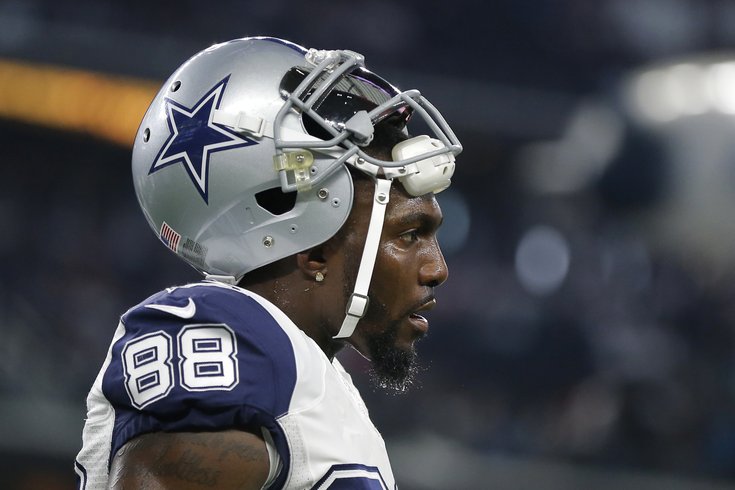 According to the Dallas Morning News, Texas State Senator Royce West has filed suit against Dez Bryant after Cowboys wide receiver allegedly trashed the house he rented from West for two-plus years.

And once you read some of the details, you can begin to see why the 27-year-old was such a crappy resident:

West discovered the 6,400-square-foot home “littered with trash and feces, missing blinds and shutters, with cracked windows and blackened carpeting” after Bryant moved out in January, and his lawyers say Bryant refuses to accept responsibility for the damage. [Dallas Morning News]

West, who is seeking damages somewhere between $100K-$200K, claims that he's already spent over $60K in repairs to the property.

West encountered “irreparable damage to carpeting, flooring, windows, shutters, and blinds; the presence of animal feces, trash, debris, and personal property inside the residence; and distinct and pervasive odors throughout” during the walk-through, the lawsuit says.

Because of the damage, West had to repaint the entire house, clean or replace all of the flooring and carpeting, replace the home security system, replace doors and windows and perform an extensive cleaning, among other repairs, according to the lawsuit. The repairs totaled $61,546.77.  [Dallas Morning News]

Bryant, who moved out this past January and reportedly spent $4,720 in monthly rent, is refusing to pay for the damage to the property, according to West's lawyers.

As for the feces, we can still hold out hope that it was animal feces (which only makes it slightly less offensive), but according to the report, that would be in direct violation of his lease agreement.

Pets were also prohibited by the lease; Bryant came under fire from PETA last year for owning a Capuchin monkey, but DeSoto authorities said there was no evidence the primate was being kept within city limits.

The lawsuit says that after Bryant terminated the lease in January, he did not send a representative to perform a walk-through inspection of the home with West.  [Dallas Morning News]

Interestingly enough, West had previously represented Bryant as his attorney and, along with Michael Irvin and others, was part of a small "informal support group of prominent citizens created to mentor Bryant and keep him out of trouble."

Earlier this year, Sixers forward Nerlens Noel found himself the subject of a similar suit. Last month, he fired back saying that he wants the lawsuit "thrown out."

Here's the full complaint against Bryant.