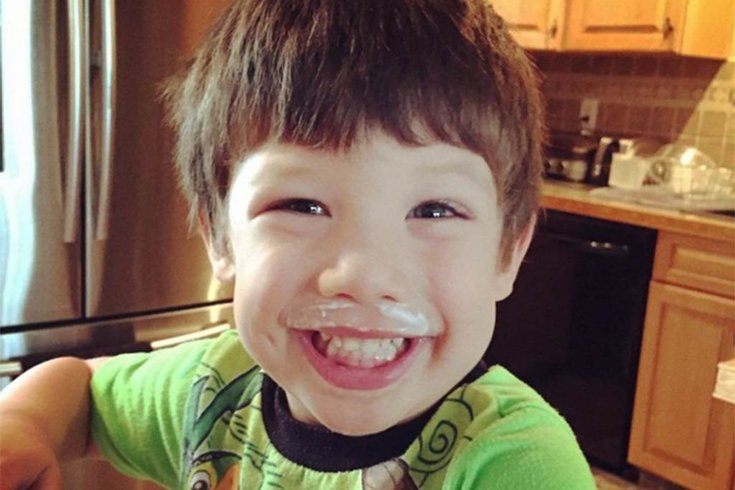 The body of Brendan Link Creato, 3, was found on the morning of Oct. 13, 2015, in a wooded area in Haddon Township. The boy's father, David "DJ" Creato Jr. of Haddon Township, is standing trial on first-degree murder charges in connection with the boy's death.

For many, the Brendan Creato investigation is beginning to feel like a cool case, if not a cold case.

Three hours later, the child’s lifeless body was found a half a mile from the apartment they shared, in the woods of Cooper River Park, off South Park Boulevard.

And despite even a grand jury investigation – PhillyVoice has confirmed that Brendan Creato’s young aunt, Sarah Jessica Creato, 20, was summoned to testify on Nov. 16 – there’s been no resolution. And little information.

Dr. Pete Speth, a former county medical examiner accustomed to dealing with grand juries in death investigations, says the lack of an announced finding or an indictment “says something” about the stalled status of the case, with neither a natural cause of death announced nor the declaration of a homicide.

“The absence of an indictment tells me the answer is up in the air and there is not enough information to make an arrest,” said Speth, who has confidentially been told some details of the investigation, though he has declined to say who spoke to him or what he was told.

A request on Wednesday to interview Camden County Prosecutor Mary Eva Colalillo about the case elicited the following response by Andy McNeil, public information officer in the office:

"We are continuing to conduct an exhaustive investigation into the death of 3-year-old Brendan Creato. We have no further comment at this time. We will notify the public when we have more information to share."

That statement reads word-for-word the same as a Nov. 5 statement from the office about the case.

Most critically, the initial autopsy was inconclusive, despite a review by two additional medical examiners, the prosecutor’s office announced in the days following the toddler’s still unexplained death.

The only other official information, released by the prosecutor on Oct. 21, is that there was no forced entry into the Creato’s apartment, in the Westmont section of Haddon Township, and the boy showed no signs of sexual molestation.

There’s more unofficially, though not much.

• The toxicology screen for the boy was clean, with no unexpected drugs discovered in the tot’s system. The lawyer for the child’s father confirmed that information on Nov. 2, though the prosecutor has remained mum on this point.

• Someone with knowledge of the investigation has shared secret and sensitive investigative information with Speth, the former Gloucester County medical examiner. Speth won’t say who told him, or what was said, though he confirmed the conversation on Nov. 12.

Asked if his client wonders if the solution to his son’s mysterious death has begun to feel like a cold case, his lawyer, Richard J. Fuschino nodded, smiled, paused and spoke carefully:

“While 50 days seems like a long time, I promise it is longer for the client and his family,” said the Philadelphia lawyer. “But it is important to not speculate what the police and investigators are trying to put together. It is my sincere hope that they use this time to do a thorough investigation and not see this time as a pressure to force a solution to the question of what happened here.”

Fuschino said he is concerned about the lack of information coming from the prosecutor's office.

"Unfortunately, Dr. Speth seems to have more information from the investigators than Brendan's family has. Since it seems he believes that the as-yet-undisclosed cause of death is unnatural and would lead to an indictment, it's something the family – and the community – should know," Fuschino said. "I am concerned, though, that this information is coming not from the prosecutor's office, but from someone the investigators consulted.
"The lack of transparency is, in itself, increasingly suspicious."

The entire Creato family – DJ, Sarah Jessica, and Lisa and David, Brendan’s grandparents – now live together in a home on Virginia Street in Westmont.

DJ Creato, who was behind on rent, moved out of the apartment he shared with his son at the intersections of Cooper and Virginia streets, about two weeks after he called Haddon Township police at 6 a.m. to report Brendan missing.

DJ works at his dad’s business, Creato Home Improvements, which has a showroom in Haddon Heights, a neighboring South Jersey town.

PSE&G, a utility company, has threatened a service cutoff at the showroom. The home improvement company is also behind on rent payments.

DJ’s teen-aged girlfriend, Julia “Julie” Spensky, has claimed that Firas Emachah, a Shamong resident facing theft by deception in two counties and a history of bankruptcy, acts as a silent partner in the Creato home improvement business.

She has posted on social media – since taken down – that she and DJ Creato are “possible suspects” in a homicide. Her lawyer did not respond to a request for comment on Wednesday and he has previously declined comment.

William J. Brennan, a lawyer who represents David, Lisa, and Sarah Jessica Creato, declined comment on the financial situation of the Creatos and their relationship with Emachah on Wednesday.

Emachah is facing charges in Hunterdon and Camden counties on charges he took money without doing contracted work at his defunct company, Dream House Windows, a West Berlin company where David Creato once worked.

Emachah has also declared bankruptcy despite selling stock worth about $5 million in recent years, according to a Security and Exchange filing.

That stock windfall came from his role in Nixle, an alert system similar to the one sent out to Haddon Township residents on the morning of Oct. 13 when it seemed Brendan may have just wandered away and was missing.

Reached Wednesday at the number for Creato Home Improvement, Emachah described himself as a "family friend" who is merely helping out the Creatos due to his friendship with David.

Still unanswered more than 50 days into the investigation is the simplest and most fundamental of questions:

How did Brendan Creato get to the woods half a mile from his father’s apartment without being noticed?

Did the boy let himself out of his dad’s second-floor apartment and walk to the woods on his own in the dark, somewhere between 10 p.m. Oct. 12 and dawn Oct. 13? And then die?

Or did someone take him – or his body – there?

A Haddon Township resident, Mark Hoover, and a woman who has not been publicly identified, have told authorities that they saw a man pushing a baby carriage near the woods at around 7 a.m. on Oct. 13.

Hoover, who freely talked about seeing the carriage, but has since laid low, said the man was older, perhaps 60 to 70, wore glasses and was attired in tan pants and a yellow sweater.

Oddly, a man with an unexpected connection to Brendan Creato’s mother, Samantha Denoto, was wearing tan pants and a yellow sweater that day, according to a neighbor who did not want to be identified.

The man lives on South Park Boulevard -- less than a half a mile from where the boy’s body was discovered.

The man is Peter J. O’Connor, a prominent lawyer known for winning the Mount Laurel decision, requiring set-asides for affordable housing in every community.

O'Connor is also Denoto’s boss, the founder of the Fair Share Housing Center in Cherry Hill.

He matches the general description of the man seen pushing the carriage, as well as having apparently worn clothing of the same description as the man.

Denoto, reached at the Housing Center, declined comment on Wednesday.