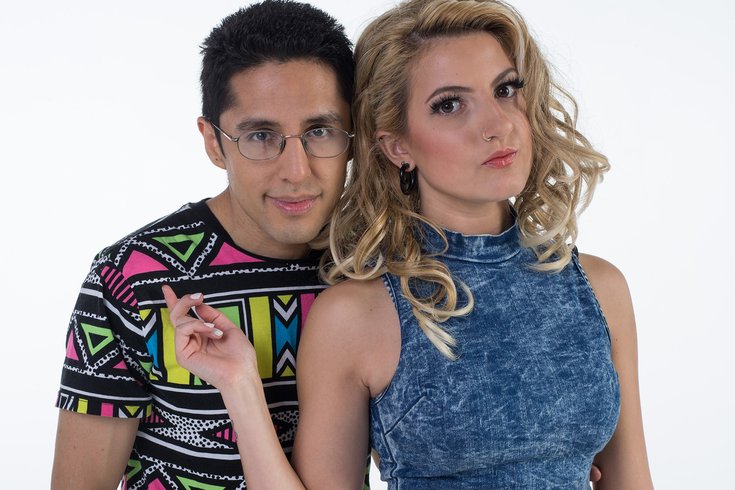 Within the first 15 seconds of “Saturday Morning Fever” – the reality show that sets out to prove to the world that "Dancin’ on Air" survived the '80s – the Philadelphia Museum of Art appears on screen as the dramatic narrator explains that the city is “home of America’s first library.”

Egregious misidentification? Product of a need to include familiar sights in an intro-to-Philly roundup? That matters very little. For in SMF’s 16th second, the camera’s attention turns to a Timberlake aspirant named Rogelio Gonzalez spaz-dancing in the middle of a desolate street somewhere in town.

It is then that you know that you’re in for the type of cringe-inducing treat that threatens to set back Philly-is-cool marketing efforts to the city’s pre-library days. It was also then that PhillyVoice committed itself to bringing you weekly recaps of every episode of the show, which appears on Fuse (11 p.m. Wednesdays).

"There are some talented kids on the show. And then there are some other kids." - Casey Reed, host, "Dancin' on Air"

Meet Casey Reed, music director of Q102 and host of the live dance TV show that still magically airs on PhillyCAM on Saturday mornings (and now livestreams on Fuse.TV).

“Back [in the 1980s], the show was known as a career launching pad. Stars like Madonna and Kelly Ripa got their start on it,” Reed says in a voiceover as old footage plays on screen. “And today, kids from all over the area are still flocking to the show hoping to follow in their footsteps. Which, honestly, to me, is a little crazy. I mean, don’t get me wrong: There are some talented kids on the show. And then there are some other kids.”

(Reed’s tone is one of somewhat-restrained skepticism with underpinnings of superiority.)

At this point, a dancing lady wearing what can best be described as a demonic teddy bear half-mask is shown. She is clearly emblematic of the aforementioned talented kids. (Writer’s note: If you know, or are, demonic teddy bear lady, do contact us via email or Twitter; she/you warrants a Q&A sidebar.)

That was the kind of place where – after a night there – you awaken in a cloud of warranted shame. But I wouldn’t dare tell that to Rogelio, who shows off some moves in his bedroom, which, appropriately enough, is located in his mom’s house.

He tells the world that he learned how to dance as a way to impress the ladies. For the time being, he is single but is totally smitten with “super talented” Tina DeCara, who is shown posing seductively sporting a polka-dotted dress in the woods somewhere.

He describes her voice as being that of Fergie (which he pronounces incorrectly) mixed with Jesus (whose real voice I’m not sure anyone has broken down, unless, of course, he means Jesus from “The Big Lebowski,” which would be an eminently entertaining mashup).

The 19-year-old Tina, dressed in Pat Benatar-esque gear, and her “momager” then become the focus of the introductory episode. She’s been selected as the closing act this week; the song she'll perform is called “Free Spirit.” This reminds Tina of how Madonna got her launch. Because of course it does. Dream the impossible dream.

“What would Lady Gaga do?” she asks herself while confronting the reality that one of her dancers bailed on the performance.

Her backup dancer Marissa has her ear. She has no love for Rogelio, “who thinks he’s the s--- but isn’t. [He’s] really nothing.” But Tina selects Rogelio to fill the onstage vacancy. They practice in a yard behind a suburban development somewhere.

Already, the seeds of intra-cast dissension are set.

Reed, who is planning her upcoming wedding with fiancée Brittany, rues the “lack of structure” on a show for which 10 hours can be needed to create a 20-minute episode. Executive Producers Mike Nise and Chrystel Eberts seem not to like Reed’s assertiveness and yearning for order all that much.

The stage-setting premiere episode builds toward taping day, and the taping itself starts with Reed having to prompt cheers from the dancers themselves as the show begins. Then, the Tina/Rogelio/Marissa triad takes to the stage, and it’s not bad bad.

But it does bring about one matter of uncertainty:

Is "Saturday Morning Fever" a civic embarrassment in the making, a quirky look into something that most people didn’t realize existed, or a harmless half hour of TV buried so deeply in the cable landscape that few people will even notice it?

We’re all about to find out.