One local college student is saying 'Thank You for the Music,' after her costume design sketches are paired with this Broadway smash hit 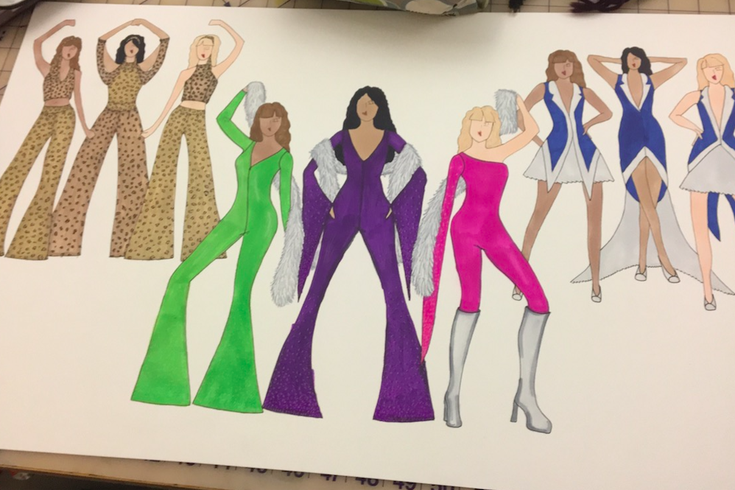 McCaffrey began by taking several of the 1970s-80s-era costumes and clothing worn by the ABBA-inspired entertainers and updating them to her own more modern versions.

College senior Holly McCaffrey is humming “Take a Chance on Me” to every prospective fashion industry employer, now that she's had a chance to have her costume design sketches on display with a Broadway musical, putting her talents center stage.

A senior at Moore College of Art & Design, at 21, McCaffrey was hand-picked by the head of her department to design some “updated” versions of the costumes worn by the cast of the smash-hit musical Mamma Mia!, running now through Friday at the Merriam Theater. 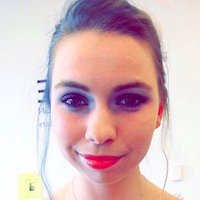 Her sketches have been on display in the lobby of the theater all week long to accompany the running of the show.

But McCaffrey is not your average fashion design major.

In this sense, her designs aren’t patterned after the latest trends in fashion merchandising, or even what posh, svelte, twenty-somethings clad in expensive labels are up to these days.

Rather, McCaffrey’s interests lie in old-world costume design that betrays her age and – maybe even a little bit – her own sense of style.

Unlike many of her fashion design-pupil-peers, McCaffrey listened to a lot of ABBA to inspire her sketches.

“I looked to the styles that ABBA [was] wearing at the time and I interpreted them into something that would be more 70s, but also still something people could wear today if they were performing,” McCaffrey said.

“When this project was brought up to me, my teacher and I had decided we would look at time periods, and based off the time periods of the show, go back to the source and create an entirely wearable collection from that.”

Her sketches depict Donna and the Dynamos, from Act I in Mamma Mia!

Originally of Marlton, N.J., McCaffrey began by taking several of the 1970s-80s-era costumes and clothing worn by the ABBA-inspired entertainers and updating them to her own more modern versions.

“A lot of the other girls who I go to school with are more into retail – Armani and Oscar de la Renta – whereas, I’m much more interested in theater and film and really bringing characters to life with the wardrobe,” she said.

“[Moore College] was actively seeking students interested in costume design who would basically put a new twist on the old classics.”

McCaffrey does bring some experience to the table. She worked as an intern for Broadway costume designer Lisa Zinni, who assisted in designing the wardrobe for the Broadway show, “An American in Paris.” She also costume-interned on the horror film, “Death House,” which was filmed in Northeast Philly last spring.

Once Mamma Mia! comes to an end, McCaffrey said she’ll add her sketches to her portfolio and continue seeking her degree and eventually a career in costume design.