The end of an era for an exotic meats purveyor 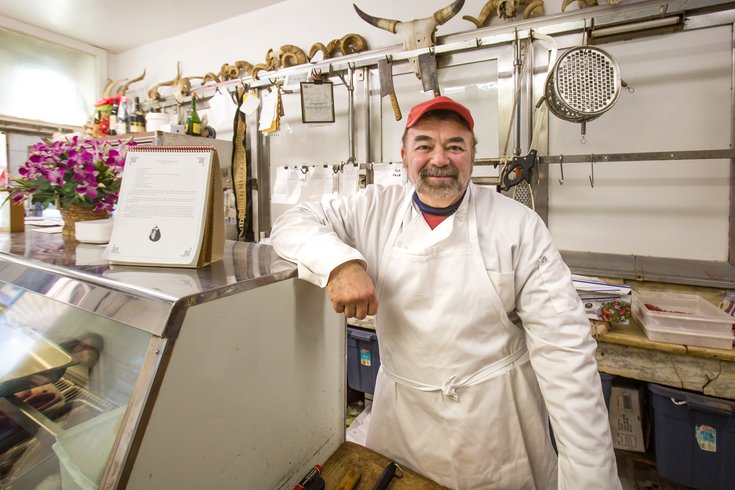 Sonny D'Angelo, the third-generation owner of D'Angelo Brothers, poses for a photo in the Italian Market on Wednesday, Dec. 21, 2016, just 10 days before over-century-old business will close for good.

With its neon signage and window full of choice cuts, D’Angelo Brothers doesn’t look all that different from the other butchers that line the 900 block of 9th Street, until you look up.

On the upper portion of the front window, a back-lit letter board advertises an intriguing array of products that set this shop apart from the rest.

Sonny D’Angelo is the third generation owner of his family’s business that opened its doors in 1910.

“Well, my grandfather always sold rabbits because that’s what he liked,” D’Angelo said, referring to Santo D’Angelo, a Sicilian immigrant who made his way to Philadelphia with finely honed butchery skills. 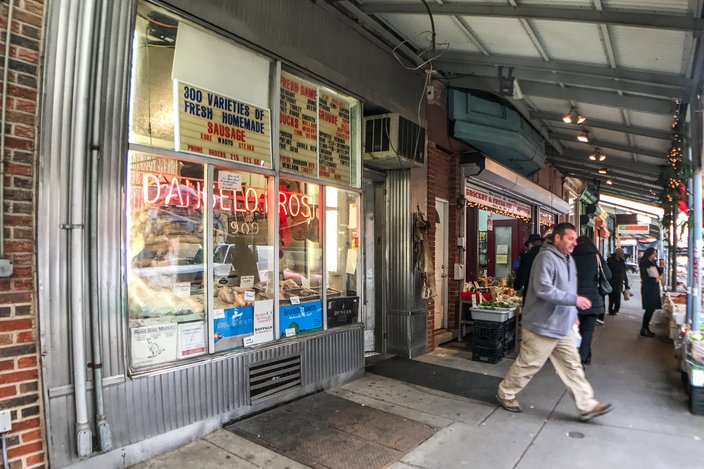 Rabbits were just the beginning of the D’Angelo family’s affair with exotic meats. The shop is outfitted with hanging pelts, antlers, skulls and a handful of taxidermied critters, all evidence of Sonny’s father’s passion for hunting and exotic game. D’Angelo explains that prior to 1968, it was legal to sell hunted game.

“The laws say that [the animal] has to walk into the slaughterhouse so that precludes raccoon, muskrat, possum, white-tail deer or anything, even a chicken,” he says.

“Now they have to be inspected. My father sold more variety. I sell an extensive assortment.”

RELATED LINKS: Philly restaurant makes list of most beautiful spots in America | These local spots offer prix-fixe menus on New Year's Eve | And the 'it' food of 2017 is...

With kangaroo, rattlesnake and alligator on the menu, D’Angelo’s product list reads more like a zoo role call than a butcher shop line-up. Top sellers include wild boar brought in from the hills of Tuscany and niche proteins, like ostrich.

Of course, with such adventuresome fare on offer, crazy requests are par for the course.

"You get the idiots that want rhino or elephant steak. I mean, hello? Haven’t you been paying attention? That stuff’s endangered, you could go to jail for that! Well, I’m not that stupid.”

His shop's reputation might have been built on "out there" animals, but even when it comes to more familiar cuts, D’Angelo’s was serious about sustainable meats before it was in fashion. The family owned a cattle farm out in the suburbs from 1972 to 1983. 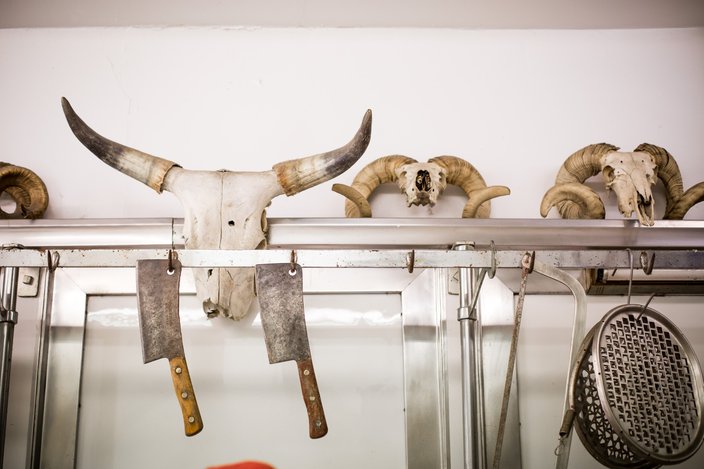 The walls of D'Angelo Brothers are lined with skulls, antlers, fur and taxidermic busts.

And the shop’s more pedestrian offerings aren’t the kind of cuts that you’ll find at Acme.

“My beef steak is grass-fed. My pork chops are exclusively Berkshire, my lamb is from Colorado. They’re the best that I think that there are, and that’s what I sell.”

But Sonny’s tenure as the Italian Market’s most exotic purveyor is coming to an end come December 31st. His retirement has been three years in the making, and for now, he’s just taking things day by day.

When news of Sonny’s retirement became public, it was clear that the city was going to lose a unique culinary resource. But for those who can’t live without caribou tenderloins and petite partridges, there’s no need to despair. He’s in the process of finding an exotic game loving successor.

“Yeah, they’re losing a resource, but I’m trying to find the right fit to keep the thing going.”