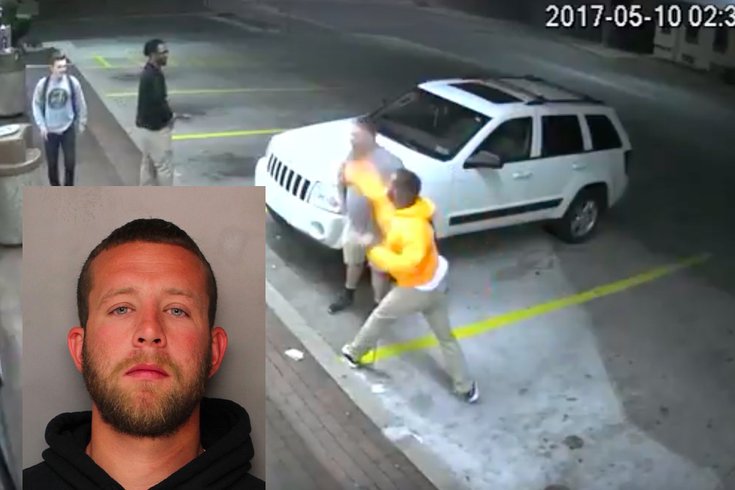 A man is in custody for mocking a man with cerebral palsy and striking him in the parking lot of a Chester County convenience store, the district attorney's office said Monday.

The 22-year-old victim was walking out of the store to his car when the alleged attacker, Barry Baker, 29, of Coatesville, started to make fun of him by imitating the way he walks.

Then, Baker walks up to the victim and sucker punches him in the face. The assault was caught on video and can be viewed below:

"Every decent citizen should be outraged by the defendant’s conduct," Hogan said.

Baker has been charged with simple assault and related crimes. He was released after posting 10 percent of $25,000 bail.

A preliminary hearing is scheduled for May 30.