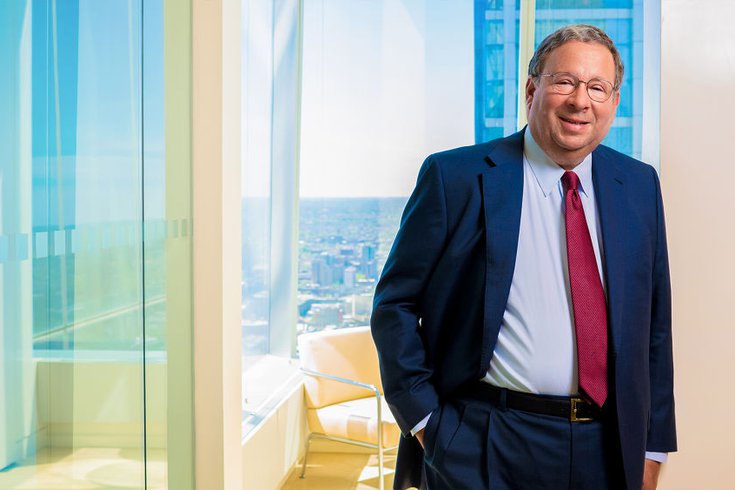 President Joe Biden has nominated David Cohen, a senior adviser to Comcast CEO Brian Roberts, to serve as America's next ambassador to Canada.

David L. Cohen hosted the first fundraiser for Joe Biden's victorious 2020 presidential campaign at his Philadelphia home in April 2019, according to the Wall Street Journal. On Wednesday, the president announced that Cohen, a senior adviser to Comcast CEO Brian Roberts, has been nominated to serve as America's next ambassador to Canada.

Cohen is a New York native but has deep Philly roots. In addition to a lengthy tenure at Comcast that began in the early 2000s, the Penn Law graduate served as chief of staff for former Mayor Ed Rendell during the 1990s. He's also practiced law at the high-profile, Philadelphia-based Ballard Spahr and has sat on boards at the University of Pennsylvania, Penn Medicine and the Greater Philadelphia Chamber of Commerce.

"I am honored to be nominated as ambassador to Canada, and I thank President Biden for the opportunity to serve my country and represent him," Cohen said in a statement tweeted by Jonathan Tamari of the Inquirer. "If confirmed, I look forward to working with our neighbors in Canada, and continuing to develop and grow what is a very strong and important relationship as we continue to fight the pandemic and build our economies back stronger."

Cohen "would likely have a direct line to the White House — a valuable trait to Ottawa," write Politico's Lauren Gardner and Andy Blatchford, who said the Comcast exec wasn't the only Biden booster vying for the nomination.

"Richard Perkins, a former Nevada state legislator and the founder and CEO of the Business Council of Canada and Nevada, expressed his interest in the job to POLITICO in March," Gardner and Blatchford wrote. "Former U.S. Senate majority leader and Nevada Democrat Harry Reid had advocated on his behalf."

Rendell, who went on to become the 45th governor of Pennsylvania, told the Inquirer in December that Cohen was hoping to join the Biden administration as either commerce secretary or as an ambassador to a country "central to U.S. policy," such as Canada or Germany.

"He's not looking for the Bahamas," Rendell told the newspaper.

The Germany post was filled by University of Pennsylvania President Amy Gutmann, whom Biden nominated to the position in early July. As a member of Penn's board of trustees, Cohen has worked with Gutmann for more than a decade.

"As the longest serving chair in recent Penn history, he has been absolutely tireless in his commitment to Penn, and the university is so much better because of his stewardship," Gutmann said of Cohen in November. "I cannot overstate what an extraordinary job David has done."

Cohen has signed an employee agreement with Comcast to serve in his current advisory role to Roberts through the end of 2025, according to the Inquirer, but would likely have to leave the company if he is confirmed to the Canadian ambassador role.