As part of the 10-year deal, Johnson & Johnson will agree to stop selling the drugs 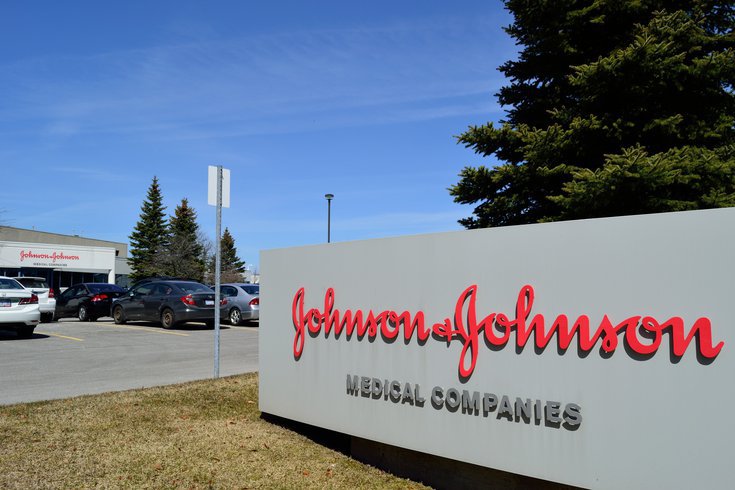 Johnson & Johnson is part of.a $26 billion national opioid settlement secured by state attorneys general on Wednesday. The company has agreed to the terms of 10-year deal that resolves claims about the way it marketed and sold opioids.

A coalition of state attorneys general, including Pennsylvania, has reached a sweeping $26 million national opioid settlement to resolve thousands of outstanding lawsuits stemming from the deadly epidemic in the United States. The deal also will require significant changes as part of a 10-year agreement.

Pennsylvania Attorney General Josh Shapiro said Wednesday that the state played a lead role in negotiating the settlement, which will provide direct funding for states to enhance programs and offer relief to impacted individuals and families.

"No amount of money, no number of sanctions, will be able to right these wrongs," Shapiro said. "But this settlement puts in place controls that will go a long way to make sure that this never happens again, and the money that will come to Pennsylvania will help offer and expand life-saving treatment options across our Commonwealth."

The settlement covers three major pharmaceutical distributors — Cardinal, McKesson and AmerisourceBergen — as well as opioid manufacturer Johnson & Johnson. The agreement resolves more than 4,000 claims of state and local governments that remain in federal and state courts across the United States.

In Philadelphia, opioid-related overdoses accounted for approximately 85% of fatal overdoses in the city in 2020, led by the rise of fentanyl.

"As a group, we know two things to be true: the cost of this epidemic is immense — far more than this deal, and this agreement is the best way to deliver the most help to communities in need, right now," Shapiro said. "Today's action sends a message to drug distributors and pharmaceutical companies that we won't accept this behavior, and that we're here to always fight for the people we serve."

The terms of the 10-year agreement are outlined below.

•The three distributors collectively will pay up to $21 billion over 18 years.

•Johnson & Johnson will pay up to $5 billion over nine years with up to $3.7 billion paid during the first three years.

•The total funding distributed will be determined by the overall degree of participation by both litigating and non-litigating state and local governments.

•The substantial majority of the money is to be spent on opioid treatment and prevention.

•Each state's share of the funds was determined by agreement among the states using a formula that takes into account the state's population and the impact of the crisis on the state, including the number of overdose deaths, the number of residents with substance use disorder and the quantity of opioids delivered.

The agreement will result in court orders requiring Cardinal, McKesson and AmerisourceBergen to:

•Establish a centralized independent clearinghouse to provide all three distributors and state regulators with aggregated data and analytics about where drugs are going and how often, eliminating blind spots in the current systems used by distributors.

•Terminate customer pharmacies' ability to receive shipments, and report those companies to state regulators, when they show certain signs of diversion.

•Prohibit shipping of suspicious opioid orders and report them.

The agreement will result in court orders requiring Johnson & Johnson to:

•Fund or provide grants to third parties for promoting opioids.

•Not lobby on activities related to opioids.

Earlier this month, Pennsylvania and New Jersey were among 15 states to reach a settlement with Oxycontin-maker Purdue Pharma that will total at least $4.5 billion.

Wednesday's settlement is the culmination of investigations by state attorneys general into whether the three distributors fulfilled their legal duty to refuse to ship opioids to pharmacies that submitted suspicious drug orders, and whether Johnson & Johnson misled patients and doctors about the addictive nature of opioid drugs.