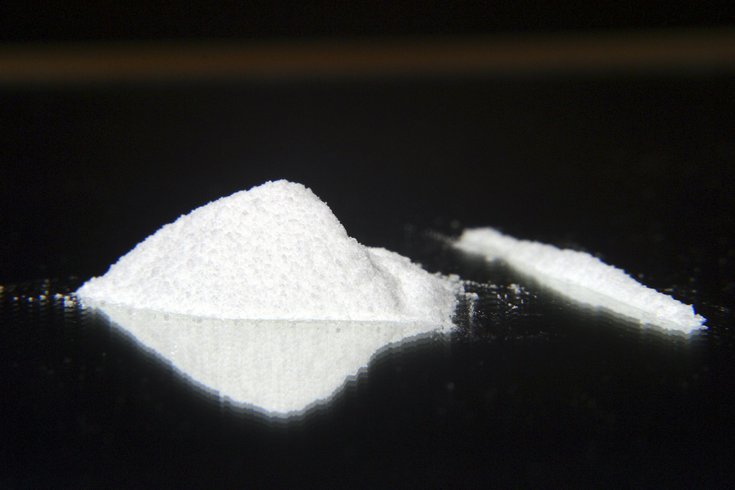 Statistics on fatal opioid overdoses in Philadelphia show that Black residents are dying at increasing rates during the coronavirus pandemic. Researchers at Penn Medicine are analyzing the causes of this trend as the city health department shares growing concern about the prevalence of fentanyl.

As Philadelphia contends with a deadly pandemic and its effects on the existing opioid crisis, research suggests Black residents have been especially impacted by fatal overdoses since the emergence of COVID-19.

Fatal overdoses among Black residents spiked by more than 50% in the months following Pennsylvania's stay-at-home order in comparison to the same timeframe in the previous year. Overdose deaths among white residents fell markedly during the period.

Researchers at Penn Medicine analyzed opioid overdose trends published last year by the Philadelphia Department of Public Health and the Philadelphia Fire Department after seeing indications of an increase in fatalities among Black residents. Their findings mark a reversal of trends seen generally in the opioid epidemic.

"Philadelphia has been devastated by the opioid crisis, which was experienced previously more acutely in the white community," said Dr. Utsha Khatri, an emergency medicine physician and lead author of the study, published in JAMA Network Open. "Recently, however, we tracked a disturbing trend toward higher rates of fatal and non-fatal overdoses among Black Philadelphia residents. These differential trends in opioid overdose suggest that racial inequities were exacerbated by the pandemic."

Researchers chose Period C to coincide with the full months following the stay-at-home order, while Period A offered a year-over-year comparison and Period B provided a look at the months leading up to the pandemic.

But among Black individuals, overdose deaths rose from a monthly average of about 30 in Periods A and B to approximately 49 in Period C.

Fatal overdoses among white Philadelphia residents declined from a monthly average of 46 and 45 in Periods A and B, respectively, to just 35 in Period C. That marked a 31% year-over-year decrease and a 22% decline from the pre-pandemic timeframe.

Among Hispanic residents, the monthly average fatalities dropped from about 16 to 12 from Period A to Period B, but then rose to about 14 in Period C.

Similar racial trends were detected among non-fatal overdoses in Philadelphia.

"The results of this study are sobering," said senior author Eugenia South, an assistant professor of emergency medicine at Penn. "The Black community has been hit incredibly hard since the start of the pandemic — both with the illness itself and the social and economic fallout, which includes increased gun violence, job loss and closure of small businesses. We believe the increase in fatal and non-fatal opioid overdoses is a symptom of that."


The study's release comes as the city's health department grapples with shifting causes and demographics of the opioid epidemic.

Preliminary statistics from 2020 include a total of 950 deaths from January through September. When all information is recorded and verified, it is expected that 2020 will be the city's deadliest year for opioid overdoses.

Much of this has been attributed to the continued rise of the deadly synthetic opioid fentanyl, which increasingly is appearing in drug mixtures with methamphetamine, PCP and cocaine, in addition to heroin. The health department warned this week that "fentanyl is in everything," providing statistics on overdose deaths linked to fentanyl combined with other drugs in the past few years.

The Penn research team believes the growing prevalence of fentanyl may partially explain why fatal overdoses have increased among Black residents.

"How this translated to an increase in accidental drug overdoses is unknown but may be related, in part, to the purchase of more economical drugs from less familiar sources," said study co-author Kendra Viner, the health department's division leader on substance use prevention. "Our concern is that fentanyl, a potent synthetic opioid that is cheaper to produce and distribute, is increasingly being found in non-opioid drugs. This may put populations of drug users with no prior exposure to opioids at higher risk of overdose."

And while research shows drug use tends to be fairly similar across racial lines, Black people are more likely to face legal penalties for it. Treatment has not been effective enough at reaching people who are already involved in the criminal justice system.

The study was limited to Philadelphia, but researchers believe similar trends on opioid overdose deaths in other U.S. cities may become evident with closer analysis. The study authors advocate that health departments publicly report opioid overdoses by race.

"Cities across the country must examine trends in overdoses across various sociodemographic groups to have a more granular understanding of who is being affected and the best way to target response efforts," Khatri said.

The health department currently is developing a community education initiative to spread awareness and prevent overdoses involving fentanyl drug mixtures. The program will include distributing fentanyl test strips and naloxone, the anti-overdose drug used to counteract the effect of opioids.

The city also will expand public training on opioid overdose recognition and naloxone use, advocate for broader access to buprenorphine and provide more support for so-called "warm handoffs" to drug treatment from health care, jail and community settings.

The Penn study was supported by grants from the U.S. Centers for Disease Control and Prevention and the Robert Wood Johnson Foundation.