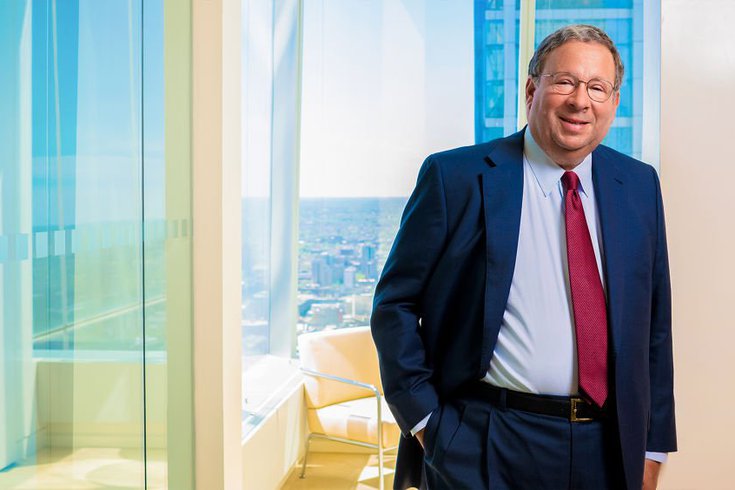 David Cohen is now just the fifth ambassador nominee put forth by President Joe Biden to be confirmed by the U.S. Senate.

The Comcast executive was unanimously confirmed to his new post during a voice vote taken Tuesday by the U.S. Senate.

Cohen's nomination to serve as U.S. ambassador to Canada was first approved and reported favorably by the Senate Foreign Relations Committee in October, after confirmation hearings were held in September.

Cohen is now just the fifth ambassador nominee put forth by President Joe Biden to be confirmed by the Senate, Politico reported.

Pennsylvania GOP Sen. Pat Toomey said that he was "very pleased" with the Senate's unanimous consent of Cohen's nomination.

"Canada is one of our most important allies, and we rely on them as a major trade, energy and security partner," Toomey said. "David’s strong business background, deep understanding of government at all levels and passion for service prepare him well for this role.”

Cohen was nominated by Biden to the ambassadorship in July.

"I am honored to be nominated as ambassador to Canada, and I thank President Biden for the opportunity to serve my country and represent him," Cohen said at the time.

Cohen has strong ties with the President, as he hosted the first fundraiser for Biden's victorious 2020 presidential campaign at his Philly home in April 2019.

He was hoping to join the Biden administration as either commerce secretary or as an ambassador to a country "central to U.S. policy," according to former Philadelphia mayor and Pennsylvania governor Ed Rendell.

Cohen served as chief of staff to Rendell when he was mayor of Philadelphia during the 1990s.

Cohen said over the summer that, if confirmed, he looked forward to working with Canada "to develop and grow what is a very strong and important relationship as we continue to fight the pandemic and build our economies back stronger."

Despite being a New York native, Cohen has deep roots in Philly. The Penn Law alum has worked at Comcast since the early 2000s, most recently serving as senior adviser to CEO Brian Roberts.

He has practiced law at Philadelphia-based Ballard Spahr, and sat on boards at the University of Pennsylvania, Penn Medicine and the Greater Philadelphia Chamber of Commerce. He currently serves as the chairman of Philadelphia's 2026 World Cup Bid Committee.

Cohen is not the only U.S. ambassador nominee with direct ties to both Philadelphia and Biden. University of Pennsylvania President Amy Gutmann, who has worked with Cohen for over a decade, was nominated this summer by Biden to be America's next ambassador to Germany.