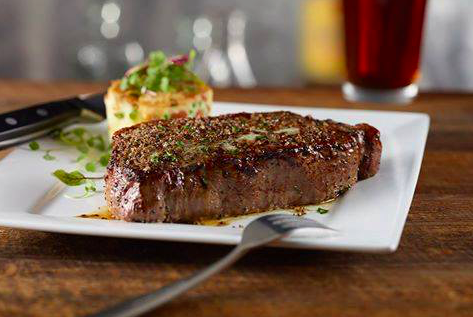 Del Frisco's Restaurant Group is preparing to open its second Philadelphia location in December, adding another Center City concept to Broad and Locust Streets at the Cambria Hotel.

Del Frisco's Grille, a more casual complement to the upscale Del Frisco's Double Eagle Steakhouse, will be hiring 150 hourly employees to fill out its team over the next two months.

The new bar and grill, covering 7,260 square feet, seats more than 256 guests and will offer private dining for groups of up to 36 people.

The Philadelphia location will be the Texas-based company's 25th Del Frisco's Grille in the United States. Its menu will feature a modern mix of American classics, including hand cut steaks and freshly caught seafood. Shareable appetizers will range from cheesesteak eggrolls to artichoke beignets.

Del Frisco's Double Eagle Steakhouse has been one of Center City's most popular restaurants since it first arrived at 15th and Chestnut Streets in 2007.

"Philadelphia has always been one of our best performing restaurants and I expect this new Grille to follow in their footsteps," Norman J. Abdallah, CEO of Del Frisco's Restaurant Group.

Those interested in applying for open positions are encouraged to walk in on-site every Monday-Saturday from 10 am-6 pm. Applications can also be submitted online here.