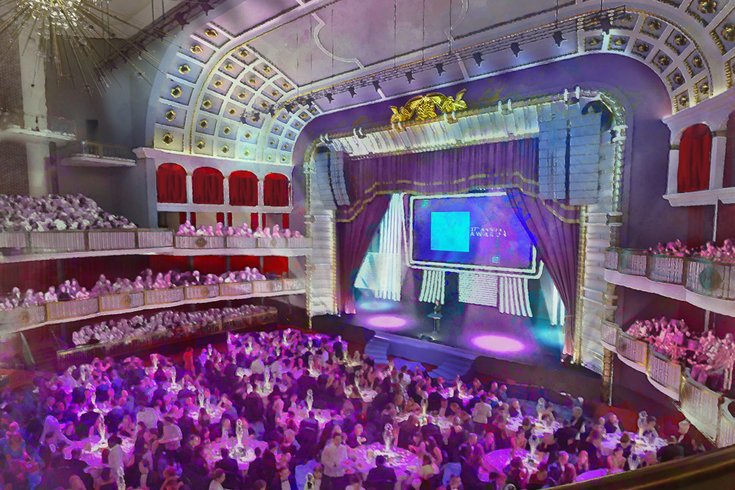 A rendering of the Met set up for a cabaret or awards show.

The former Philadelphia Opera House is less than two months away from breaking into the city's live music scene, beginning Dec. 3 with a show from the legendary Bob Dylan.

The venue, now the Met Philly, revealed Monday afternoon that it will be holding a massive job fair to fill about 200 positions later this month.

Located at the corner of Broad and Poplar Streets, the 110-year-old building underwent a $56 million renovation led by LiveNation and developer Blumenfeld, of EB Realty Management Corp.

The venue figures to be a major step in the ongoing revitalization of North Broad Street, which saw the rebirth of the Divine Lorraine building two years ago and will see a 14-story mixed-use tower rise nearby at 1300 Fairmount Ave. over the next two years.

Developers planned the Met Philly to adapt for concerts, cabaret shows, awards shows and other events that suit the historic space.

The job fair will be held Oct. 26 from 2-8 p.m. Applicants must be 18 or older and must bring identification to apply in person.