The county's management team will be 'laser-focused' on reducing recidivism and preparing prisoners for re-entry into society, Councilman Kevin Madden says 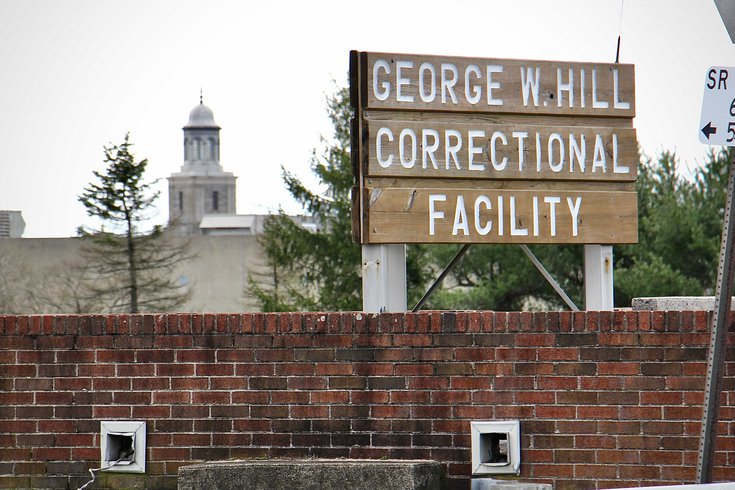 The George W. Hill Correctional Facility, the last for-profit prison in Pennsylvania, has officially been taken over by Delaware County.

The George W. Hill Correctional Facility, the last for-profit prison in Pennsylvania, has been taken over by Delaware County after 24 years of private control.

The GEO Group handed over responsibility Wednesday following a six-month transition period. The prison, located in Thornton, has long faced allegations that inmates and staff were mistreated.

"I am extremely proud of the thoughtful and deliberate work that has gone into this process," said County Councilman Kevin Madden, who also chairs Delco's Jail Oversight Board. "A multinational corporation whose very existence relies on keeping our jails full has been replaced by a county management team laser-focused on preparing inmates for life on the outside and reducing recidivism."

Madden and others, including the Delco Coalition for Prison Reform, had been pushing for the prison to be taken out of private control for years.

After Democrats took control of the county government in 2019, the Board of Prison Inspectors was replaced with the Jail Oversight Board. That board voted to terminate a $259 million contract with the GEO Group last September. County Council followed suit the following month.

In February, the county named Laura Williams as the prison's new warden. Williams has spent years working in prison administration, overseeing health care services and substance abuse programs, as well as working as a substance use counselor.

Tonita Austin, CEO of the Delco Coalition for Prison Reform, has praised Williams, noting her background will help her prioritize mental health and rehabilitation initiatives.

"I believe that jail can be an opportunity for inmates to pay their debt to society and become healthy, contributing members of the community," Williams said. "We owe it to them and to the entire community to provide support and training to inmates so they can lead productive lives when they are released and return to our community as our neighbors."

The prison can hold about 1,800 inmates. It was first constructed in 1998 as a partnership between the county and the for-profit Wackenhut Corrections Corp., which was also contracted to operate the facility. The arrangement was seen as a cost-effective way to replace the deteriorating Broadmeadows facility, which was built in 1930.

Wackenhut became the GEO Group in 2003. In 2009, the contract was reassigned to a company called Community Education Centers, which GEO bought in 2017. The following year, GEO was awarded a $259 million contract to operate the facility through 2023. That contract included a clause that allowed the county to terminate the agreement with six months notice.

Under the GEO Group, the prison faced various allegations of mistreatment. The prison's former superintendent, John Reilly, who retired in 2019, reportedly used racist language and hired unqualified administrators. In 2017, the prison agreed to pay $7 million to settle a lawsuit filed by the family of an inmate who killed herself in 2015. The family claimed the prison guards could have prevented her death.

The Delaware County Prison Employees Independent Union, which represents the guards, was considering organizing a strike last year over working conditions and understaffing at the facility after two guards were attacked on the job.

Though the prison is now controlled by the county, some say there is more work to be done.

Lee Awbrey, an attorney for the Delaware County Office of the Public Defender, told WHYY that the county still practices "chronic over-incarceration." Delco has 1,320 people incarcerated, which is only 366 fewer than in Allegheny County, even though Delco's population is only about half the size.

The county also has expanded funding for diversionary programs and community-based policing. Additionally, Madden has pledged a 35% salary increase and new uniforms for the guards.

"Keep in mind that today isn't just the end of one era in Delaware County – it is also the beginning of the hard work that will be required to translate our words into actions," Madden said. "It took over two years of planning and preparation to get to this point – and it will take time for us to achieve all that needs to be done."