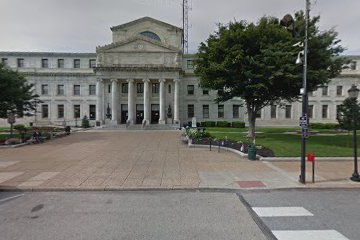 Delaware County has taken several steps in the past week to address criminal justice and police reform.

Delaware County has formed a task force to address criminal justice reform and the role that the county can play in bringing about racial equality in areas such as law enforcement, public health, education, and substance abuse.

The task force was announced by the Delaware County Council and District Attorney’s Office on Tuesday.

Each group will be tasked with putting together a report containing policy recommendations. Such recommendations will be announced on a rolling basis, hopefully as soon as this fall.

Organizations such as the Sheriff’s Office, the Fraternal Order of Police, the Chiefs of Police Association, the NAACP, the Delaware County Black Caucus, federal, state, and local elected officials, the criminal defense bar, and the Public Defender’s Office are being consulted by the task force. Additional organizations will be consulted as needed.

“The Task Force will take a critical and hard look at our criminal justice system and our local government and examine what policies and practices need to change or be improved.” said Dr. Monica Taylor, who serves as the Vice Chair of the Delaware County Council. “We know that this type of work doesn’t happen overnight, but this is where we can start. This is the beginning of much needed and long overdue change that we are hopeful will lead to equality and spark unity in our communities.”

The task force will be chaired by District Attorney Jack Stollsteimer.

“It is time to face the problems in our community honestly and openly, and to bring the criminal justice system in this County into alignment with our shared values,” Stollsteimer said. “We need to look not just at the actions of police—we must also look at our practices as prosecutors, as public defenders, as well as our approach to probation, parole and incarceration.”

The unveiling of the task force comes a week after Delaware County Sheriff Jerry Sanders Jr. announced that chokeholds are now prohibited among deputy sheriffs. Deputies must only use approved use of force tactics when interacting with the public and incarcerated people.

The use of force update came in the wake of George Floyd’s death on May 25 as law enforcement agencies are being scrutinized for their use of force against black people.