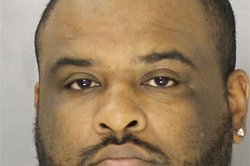 A Delaware County man has been sentenced for being at the helm of a massive identity theft ring, authorities announced earlier this week.

The Pennsylvania Attorney General's Office said Lovell A. Davis III, 36, of Havertown, will spend three to six years in state prison for running the conspiracy.

He sent his associates to financial institutions, where they were able to get cash advances on the cards, according to prosecutors.

The Attorney General's Office said Davis' co-conspirators were located across the country, including in Nevada, New York, Maryland, Illinois and California.

Other conspirators in the case have either already been sentenced or are awaiting further court proceedings, the Attorney General's Office said.