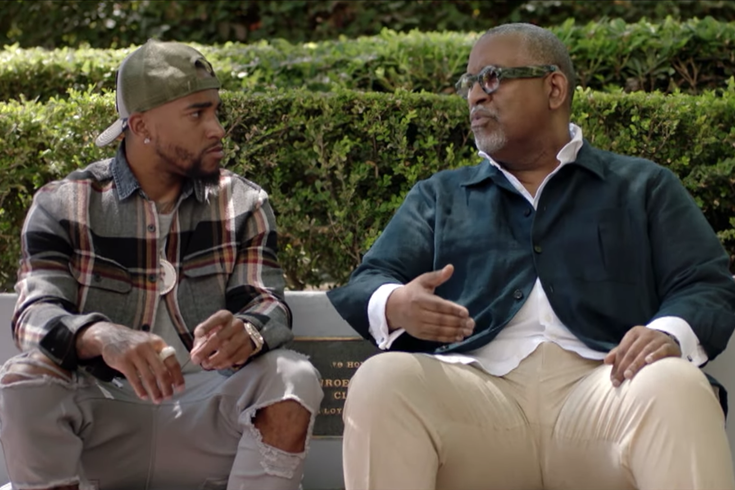 In a new NFL Media documentary about the late Nipsey Hussle, Eagles wide receiver DeSean Jackson interviews a cast of characters from Hussle's Los Angeles orbit to paint a picture of who the rapper really was.

NFL Media released a mini-documentary about the late rapper, entrepreneur, and community organizer Nipsey Hussle on Tuesday, with none other than Eagles wide receiver DeSean Jackson as the narrator.

Jackson is a Los Angeles native just like Hussle, who was shot and killed this in March in his hometown, and the Eagles' receiver uses on their friendship and his intimate knowledge of Hussle's early years to flesh out his story.

MORE CULTURE: In honor of Gritty's birthday, four new bobbleheads of the mascot

Jackson said he met Hussle, who was 34 at the time of his death, in the late 1990s, when Jackson was 12 or 13. Hussle was 1 1/2 years older than Jackson, and Jackson says early in the documentary that he remembers Hussle as someone who wasn't flashy, but everyone knew was cool, even when the two were younger.

You might remember that, during the Eagles' Week 1 win over Washington, Jackson wore customized cleats to honor Hussle's legacy, and is auctioning off cleats all year long to benefit Hussle's children:

WE LIVE!🤞🏾Honoring my bro @nipseyhussle legacy & auctioning off my custom Nipsey pregame cleats all season long. All proceeds will benefit the Neighborhood Nip Foundation. Plus I will personally match all funds raised and donate directly to Kross & Emani! Bid on week 1 now until 9/28. Link in bio. 🏁#TMC #JACCPOT #10Mode #FlyEaglesFly

Jackson does, quite frankly, an exceptional job of taking on the role of narrator and interviewer. He interviews a cast of characters from Hussle's Los Angeles orbit to paint a picture of who Hussle really was: Snoop Dogg, Hussle's former bodyguard, one of Hussle's former business partners, and All Money In rapper Cobby Supreme, among others appear in the documentary.

The whole documentary is excellent. You can watch it below:

On the field, of course, Jackson is still sidelined with an abdomen injury, and won't play Thursday night against the Packers. Off the field, it seems Jackson might have a future in Hollywood.