Forgotten Boardwalk's new J'aime capitalized on the summer's hottest trend, then earned a nod from the experts 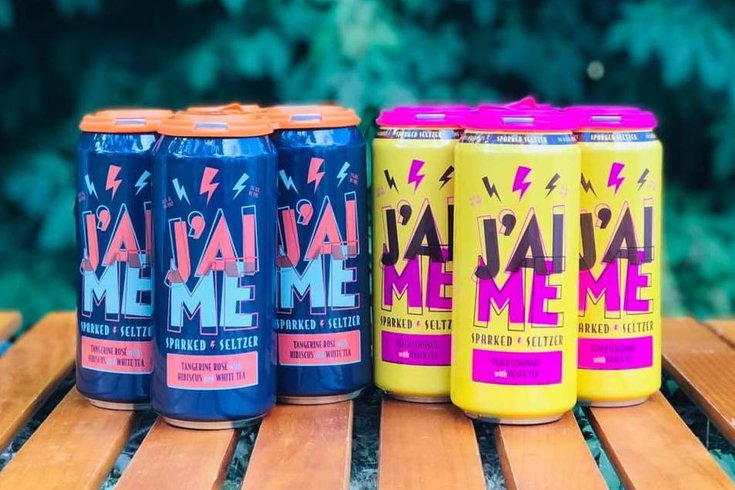 This year's summer has come and gone, and its lasting legacy might be one we laugh about in five years: 2019 was, without a doubt, the summer of spiked seltzer.

The ubiquitous White Claw ruled the field while Bon & Viv and Truly tried to keep pace, and even mega-brands like Natural Light played catch-up with their own spinoffs.

Just over the Delaware River in New Jersey, Cherry Hill's own Forgotten Boardwalk Brewing launched its own spiked seltzer offshoot, called J'aime Spiked Seltzer. If you've been looking for a way to scratch that spiked seltzer itch while also supporting a local brewery, it would seem J'aime is your best bet: it just won second place at the first-ever Hard Seltzer Festival.

Fizz Fight, a hard seltzer festival and competition, was held earlier this month in Denver, where more than 130 varieties of hard seltzer battled for the top prize. J'aime finished a resounding No. 2, outclassing White Claw and its ilk, which isn't easy:

Stroll into the weekend with our silver medalists from Fizz Fight Denver! #hardseltzer #drinkme #icecold

J'aime only lost out to Greenville, South Carolina-based Itz Spritz in the brewed category.

"The J’aime line has been an opportunity to put our mark on the hard seltzer trend that is sweeping the industry, while keeping our mission of delivering distinct and unique flavors to our customers," Forgotten Boardwalk owner Jamie Queli said Monday.

"Our team worked for over a year to perfect the recipe and process that brought this line to life. From our head brewer Evan Wasylyk to our entire production and tasting room staff, to our partners at Tavalon Tea, this has truly been a group effort. Seeing that hard work paying off is gratifying beyond belief."

J'aime partnered with South Hackensack's Tavalon Tea to launch its flagship flavor, Tangerine Rosé, featuring hibiscus and white tea. The brand is adding a second flavor in October, Peach Lemonade with black tea, and both flavors will be available in 16-ounce cans throughout New Jersey.