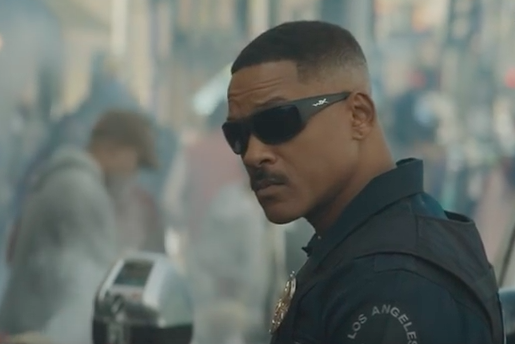 Despite harsh reviews from critics, Will Smith’s Netflix film “Bright” is getting a sequel, the streaming service announced Wednesday.

The movie premiered Dec. 22 and was hit almost immediately with an onslaught of negative feedback from numerous publications, most critics echoing the sentiments that landed the movie a 28 percent rating on Rotten Tomatoes.

RELATED READS: Jessica Chastain reigns in magnificent 'Molly's Game' | In anniversary tribute to wife, Will Smith reflects on success in marriage | Gilbert Gottfried explains his tightrope of a career

Viewers, however, seemed to love the movie, which had a rumored $90 million budget. After the first week of its release, Netflix announced it was already the most-watched Netflix film ever on the service. It currently ranks No. 1 on Netflix internationally.

Leaked footage of Orc casting confirms the rumors: there will be a sequel to #BrightMovie. pic.twitter.com/8ayiDYDfK5

Writer and director David Ayer will return for the sequel, with Will Smith and Joel Edgerton expected to star in the film. One person missing from the next “Bright” movie is screenwriter Max Landis, who has come under fire for allegations of sexual assault and a history of sexual abuse. Social media lit up with accusations against Landis around the time “Bright” premiered.

Written by a psychopath who sexually abused and assaults women, right? Cool

Sometimes men who commit sexual assault are talented screenwriters and their work comes with baggage.

I have no doubt that this is 100% true. I have been harassed by this person. I know people who he has assaulted. May he get everything he deserves. ‘Bright’ Screenwriter Max Landis Accused of Sexual Assault https://t.co/cy3AvcXTIa via @thedailybeast

Regardless of the controversy surrounding Landis and the negative reviews, “Bright” reportedly snatched 11 million views within the first three days of its release, according to Nielsen data.

A date has not yet been announced for the sequel.