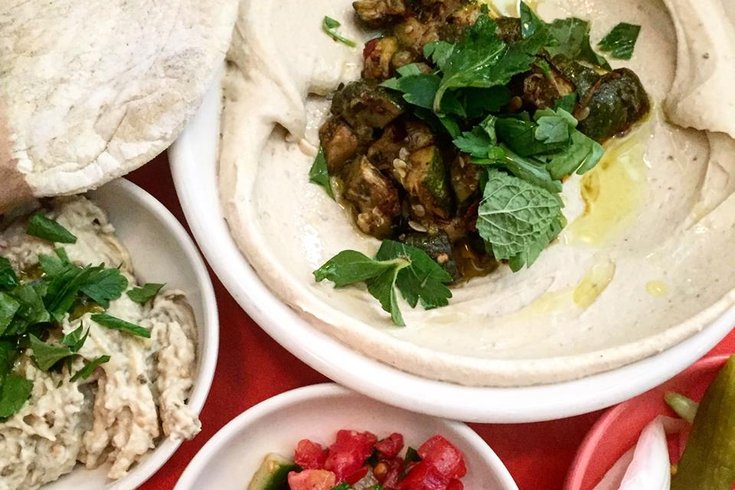 Dizengoff will open at Franklin's Table food hall in University City later this fall. This will be the third location for Michael Solomonov and Steven Cook's hummus-centric restaurant.

Michael Solomonov and Steven Cook are opening a third location for Dizengoff at Franklin's Table Food Hall in University City.

This hummus-centric restaurant will join vegan hotspot Goldie, another CookNSolo favorite, at the 3401 Walnut St. location. It is slated to open late fall, Philly Eater reports.

Dizengoff, named for a popular street in Tel Aviv, is modeled after the many hummus carts found in Israel. The hummus-only shop serves the famous Middle Eastern dish with an array of toppings – everything from beets to chicken. Though, if you're not feeling a special topping, the plain tahini hummus can't be beat.

Solomonov and Cook first opened the hummus eatery in Center City in 2014. A second location followed at the Art Museum Whole Foods in 2016.