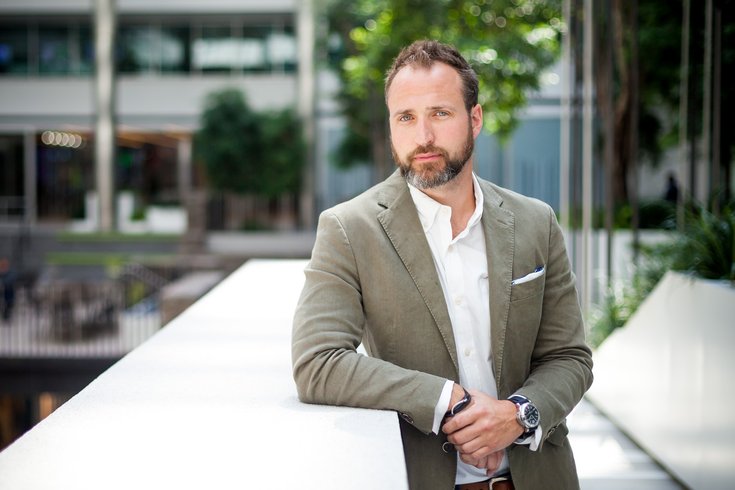 When it comes to the Democratic National Convention, which will take over the city in four short weeks, you’ve likely read stories about looming protests, party-platform discussions, donkey art and, among many others, the pitched battle to get the host committee to release donation details as it tries to raise millions in a fundraising sprint.

These are all worthy stories in advance of an event which will put our story under an international spotlight. After all, a major political party will head to town to formally nominate a presidential candidate in the midst of an already-heated general election campaign.

But this story is not about those stories. This story is about one man’s reflections on how the Democratic National Convention ended up in Philadelphia in the first place, and the wrinkles still awaiting an iron before July 25.

While Kevin Washo – executive director of the Philadelphia 2016 Host Committee – didn’t come close to saying as much during a recent interview with PhillyVoice, his is a thankless job. Navigating the egos and power plays inherent to the political and corporate worlds is an arena rife for frustration.

Washo, the 35-year-old former executive director of the Pennsylvania Dems, belied none of that during a recent chat at the Philadelphia 2016 Host Committee’s headquarters near 19th and Market streets in Center City, though.

Instead, he used the fleeting moments of downtime some five weeks before the convention starts to reflect on what he terms the “pretty amazing experience” of starting what’s essentially a $64 million startup from scratch.

“Other things keeping me up at night. Little things. My biggest concern is having people leave the city with a special feeling. I think the host committee did very well for Republicans in 2000. I want to do that again for the Democrats." – Kevin Washo, executive director, Philadelphia 2016 Host Committee

Considering that that startup will partially oversee an event that makes Philadelphia one of just two American cities to host both parties’ conventions within 30 years, the task is huge.

For Washo, a Scranton native, the process that led to the Feb. 13, 2015 announcement that Philly would host the convention started four years ago with a lunch conversation with U.S. Rep. Bob Brady and a Brady consultant.

“I was looking at what I’d be doing after I left the Pa. Dems. One of the things they mentioned was that they were going to be looking at going for the [Democratic National] Convention and ‘perhaps you can start up the non-profit,’” he recalled. “The bells went off in my head, so I have to thank them for that.”

That was in June 2012. It led to more than a year of doing work which he didn’t then know would result in next month’s convention. The city would decide to seek convention-host status in April 2014.

At first, it was a side project that required a leap of faith.

“In between, a few of us worked to keep it alive because it wasn’t cut-and-dried that we were going to bid at that point,” he said. “A week after receiving the RFP [request for proposal], we were all making a pitch in Washington D.C. about how Philadelphia was going to be the best spot for the convention.”

That first pitch to the DNC technical-advisory committee was helmed by former Philadelphia mayor and Pennsylvania governor, Ed Rendell, who chaired the convention effort.

“At least to us, it made a lot of sense. We hosted the RNC in 2000 and, from the Republican side, got high marks,” Washo said. “This is a city that hosts large events well. Just on merits alone [corporate base, hotels, infrastructure, arenas], Philly had a really good shot. What we tried to do during the bid process is just be who we are, keep our heads down and put together a tight package for the bid. … We felt really good after that meeting.”

One of the trickier aspects of support-building and fundraising was the fact that the city would host Pope Francis for the World Meeting of Families less than a year before the convention.

“You have to make the decision as a city: Can you support two massive events like this?” he said. “I don’t want to call them naysayers, but some people questioned whether it made sense to go after an event like this.

“I believed early on that this was something that’s well worth it. There are very few opportunities for 20,000 media members to descend on your city. That’s four times the number that came for the papal visit, so it’s a big deal. It’s one of the biggest media events in the world, if not the biggest.”

Slowly but surely, it transitioned from a dice roll to an effort that could bear results.

“You’re hoping this thing takes off without any guarantees; that’s the thing I’m most proud of,” he said, recalling how he dropped some $300 at a Broad Street Kinko’s before testing out the pitch during a meeting at the Union League. “That’s what makes the whole process – sitting here 36 days out – all the more special. Even if it didn’t work out, I was super happy to do it. Every day I come into work, I feel blessed to be in this position because of those early days.”

“It’s never going to be completely smooth. In a lot of ways, it’s a $64 million startup that you’re going to dissolve here in 40 days. You just have to do the best you can. You’re never going to run this thing like it’s IBM. You’re building the plane as you’re flying it, too.” – Kevin Washo

Washo’s team doesn’t have much time for wistful thinking these days. As of today (Tuesday, June 21), there are just 27 days until the convention formally starts.

Among the biggest concerns he talked about during the interview was ensuring locals realize the DNC won’t shut down Center City like the papal visit did. It was the impetus for the “You Don’t Want To Miss This” campaign.

Normally, there are challenges and conflict in events with several “committees” and government entities helping steer the direction of a project, but Washo said that’s gone smoothly for the most part.

“There are a lot of moving parts to this thing, a lot of entities you have to juggle,” he said. “It’s never going to be completely smooth. In a lot of ways, it’s a $64 million startup that you’re going to dissolve here in 40 days. You just have to do the best you can. You’re never going to run this thing like it’s IBM. You’re building the plane as you’re flying it, too.”

As the opening gavel nears, there’s a mix of pride, fear, sadness and relief at headquarters.

Relief, said Washo, comes from the fact that they think they’re going to host a “fantastic event for our guests” while the sadness comes from knowing that team members will soon move onto other projects.

Meanwhile, having some 18,000 people sign up for a volunteer effort that initially sought just 10,000 is the source of pride.

Now, it’s just a matter of ironing out the remaining details.

“By nature, I’m worried about everything always, but the city has a good track record of dealing with this,” he said when asked about the prospect of protesters drawing the media’s attention. “Other things are keeping me up at night. Little things. My biggest concern is having people leave the city with a special feeling. I think the host committee did very well for Republicans in 2000. I want to do that again for the Democrats.

As for him personally, he doesn't know what project he'll take on next, but will fondly look back at those early days when he'd walk home from work, imagining what visiting delegates would see around town should the DNC effort not only take form, but be successful in its mission.

"I wasn't plucked from somewhere to do this. This is something I really wanted, and it's taken a lot of effort, time and dedication," he said. "A lot of times, I wasn't sure if we would even go for it. Now, the energy is palpable throughout the city."