The campaign, ‘You Don’t Want To Miss This,’ has launched 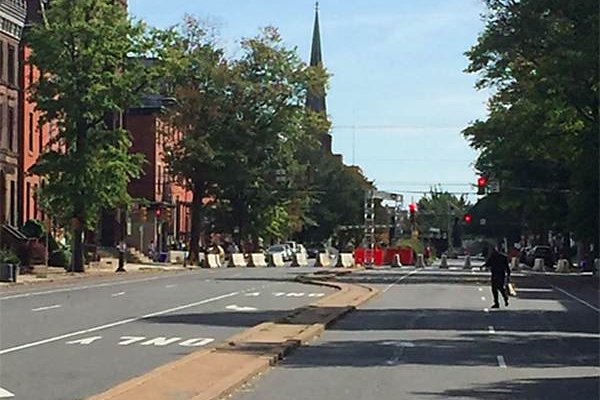 Nary a vehicle to be seen at 21st and Spring Garden streets this morning as security barricades have gone up.

Thousands of political delegates are expected to descend on South Philadelphia when the city hosts the Democratic National Convention in late July, which may make some locals want to get away to avoid the anticipated congestion.

But Philadelphia Mayor Jim Kenney and Philadelphia 2016 – the latter the host of the 2016 Democratic National Convention –are asking Philadelphians to stay put and act as ambassadors for the city.

In doing so, the campaign, "You Don’t Want To Miss This," has launched.

According to a CBSPhilly interview with Kenney, the goal is for city residents to share with visitors their personal reflections on what makes Philadelphia a great city and, with it, heighten Philadelphia's potential as an international destination.

The campaign comes after the city saw a mass exodus when Pope Francis came to visit in September despite a marketing call encouraging business and residential participation during the papal events through a similar "I'll Be There" campaign.